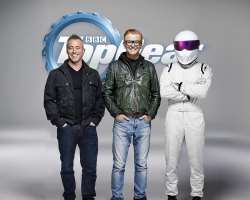 Iconic American actor Matt LeBlanc has today been revealed as one of the new presenters of the upcoming and eagerly awaited return of BBC Brit’s Top Gear - the planet's biggest motoring entertainment show. LeBlanc’s appointment marks the first time the show has ever had a non-British host in its 39-year history.

In what promises to be an explosive cocktail of car-obsessed entertainers and cultural clashes - the eagerly anticipated return of the revamped show is expected to noisily announce itself on BBC Two and TV screens everywhere this May.

The Golden Globe-winning star of the popular BBC comedy Episodes, LeBlanc’s international appeal has never been stronger despite filming the finale of his global hit Friends almost 12 years ago. He’s already a familiar face to Top Gear viewers, having been a two-time guest on the show and the fastest celebrity to date around the Top Gear track in its reasonably priced car. LeBlanc also presented the recent standalone spin-off Top Gear: The Races, where he led fans through some of the most memorable racing moments from the previous 22 series.

Chris Evans said of his new Top Gear presenter: “Matt’s a lifelong fellow petrolhead and I’m thrilled he's joining Top Gear. Acting out our craziest car notions on screen is a dream job and I know we’ll both be debating some epic road trip ideas. We can’t wait to share what we’ve been up to on screen later this year."

Matt LeBlanc commented: “As a car nut and a massive fan of Top Gear, I'm honoured and excited to be a part of this iconic show’s new chapter. What a thrill!”

Alan Tyler, the BBC’s Acting Controller for Entertainment Commissioning said: “Matt is a class act and a brilliant signing for Top Gear. He is a self-confessed car fanatic with a passion for the programme. I’m really looking forward to watching Chris and Matt bring the all new show to our audiences.”