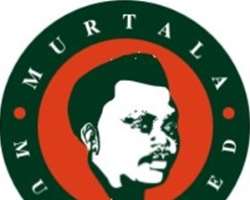 His Excellency, Hifikepunye, the Former President of Namibia who was the winner of 2015 Mo Ibrahim leadership prize and Lord David Richards, Former Chief of Defence, United Kingdom are among the top Keynote speakers expected at the commemorative conference to mark 40th anniversary of the demise in office of General Murtala Ramat Muhammed, Head of State and Commander-in-Chief of the Armed Forces of the Federal Republic of Nigeria from July 29, 1975 to February13, 1976.

The conference which holds on Saturday, February 13, 2016 in Abuja, under the distinguished chairmanship of His Excellency, President Muhammadu Buhari GCFR, President, Federal Republic of Nigeria with the theme “Regional Security and State Building: Portents and Prospects”.

According to Mrs. Aisha Oyebode, Chief Executive Officer, Murtala Muhammed Foundation a series of activities have been lined up to serve as a celebration of his legacy and the commendation of the ideals the late Head of State lived his life by to the younger generation as our nation once again shows promise on our march to greatness.

The legacy of the late General in office, though brief, has been described as Nigeria’s finest period in international diplomacy. He was a foremost Pan-Africanist who placed Africa at the centre of Nigeria’s foreign policy and mobilized support for the liberation of other African countries from apartheid, colonialism and neo-Colonialism.

On the home front, his administration fought corruption and indiscipline, while pursuing peace and security within our borders – he was a firm believer in a peaceful and united Nigeria within an integrated and prosperous Africa.

As part of the commemoration activities, , Jumaat prayers will be said on Friday, February 12, 2016 at the MASALLACIN MURTALA, Gandun Albasa, Kano State where the Late General is buried by His Royal Highness Muhammadu Sanusi II to honour the memory of the Late General.

General Muhammed’s ideals are as relevant to our current challenges and aspirations as they were during his time. Our country Nigeria is contending with tensions arising from the activities of micro-nationalistic agitators, threatening to compound existing security challenges occasioned by the Boko Haram insurgency that has caused fatalities in excess of 15,000 people and displaced over 2 million people. More worrisome are the implications these issues have on an already fragile security environment in the region, characterized by unmitigated small arms proliferation, weak state and security institutions in the component countries and a large number of ut of school children and unemployed youth with dire economic prospects who are vulnerable targets for radicalization.

ABOUT MMF
The Murtala Muhammed Foundation (MMF) is a non-governmental organization (NGO) with a vision to improve the living conditions of Africans by contributing to reduction of poverty and limitation of conflict, while promoting self-reliance and self-fulfillment. H.E. Chief Olusegun Obasanjo, GCFR, former President of the Federal Republic of Nigeria is the Chairman of the Board of Trustees.