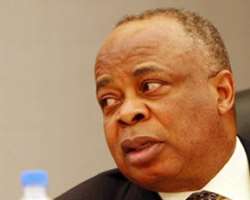 Sen. Ken Nnamani, former President of the Senate, has resigned his membership of the Peoples Democratic Party (PDP).

In a statement released in Abuja on Saturday, titled, 'PDP, the burden and my conscience,' Nnamani said he was quitting politics in the interim.

He said however that he would support government and elected officials in Nigeria in their efforts to rebuild the nation.

Nnamani regretted that all efforts aimed at changing the fortunes of the party and also make those who run it change their ways had failed, adding that these set of people were bent on staying back to bury the former ruling party.

He said, 'Without any iota of bitterness in my heart, I have decided to disengage from the PDP and consequently step aside from partisan politics in the interim.

'I wish to express my profound gratitude to the party that gave me the platform with which I attained the height I did in the politics of our country. Punch.