If I Had Charms, Things Would Have Been Worse for Me…Ogogo 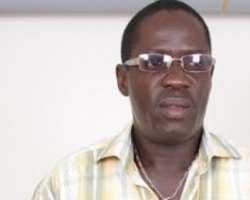 Popular Yoruba actor, Taiwo Hassan better known as Ogogo, is just one actor who will continually give glory to God for helping him get through his strange sickness which almost crumbled his career some years back.

Since recovering, the actor has been moving from various movie locations to the other and has continued to smile to the bank which has prompted rumours that his source of wealth is not ordinary.

Though it is not news to him about the rumour but in a recent interview with Yorubamoviegist, the actor stated that he does not attach anything to the source of his wealth except believing in God.

He pointed out that what people don't know is that assuming his fame is being attached to some powers somewhere, things would have since gone bad for him.

In his words, “This is a question that I myself don't even know the answer; it is only God that knows that because it is the love of God. Some will get to stardom and within a year people will not remember them again. God loves us so much; it is now left to us to do the will of God. We should always try our best in any situation we found ourselves. My fame is natural; if it was to be sacramental, I am sure it must have faded out by now.

“I came to stardom in 1991, in 1992 I could no longer take public bus again and I was still working under water corporation as at that time, a cab will come and pick me at home in the morning and return me at night. So if God can still do it from then till now, common I am blessed with love.”