K1 Set to Feature in First Dancehall Song with Patoranking 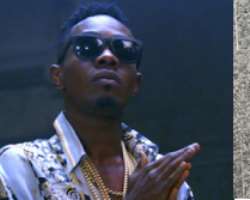 For some time now, the Nigerian music industry has withnessed some changes with some artistes especially from the Fuji genre making some efforts in the hip hop world which some fans have applauded.

The likes of Pasuma, Alao Malaika, Saheed Osupa and others have made various efforts in the jip hop industry but it's just a show of how versatile they are in the industry. One of such singer who is about to show how good he also can be is Wasiu Ayinde Omogbolahan Anifowoshe Marshal better known as K1 De Ultimate.

K1 was recently dragged into the studio by singer, Patoranking, where they are currently cooking up some dancehall beat that will sweep fans off their feet.

This act goes to show that the experienced Fuji singer is not a stereotype fellow and sure loves accommodating ideas from the younger singers.

Nollywoodgists.com speaking with the singer's publicist Esther Akinwande, on any future plans of hearing a hip hop song from K1, stated that anything is possible as far as music is concern.