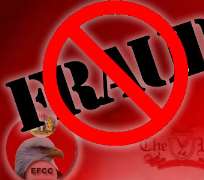 Ecobank Nigeria has handed over to the police for prosecution three of its employees found to have stolen a total sum of N2.8 Million from customers’ accounts through forged signatures. The alleged offence was discovered by the Quality Assurance Unit of the bank during weekly reconciliation. Consequently, the three accused have already been charged to a Tinubu Magistrates’ Court on Lagos Island, Lagos State, on a three-count charge of conspiracy, forgery and stealing.

The prosecutor, Inspector Nurudeen Thomas, told the court that the accused persons - Oluwatoyin Adetunji (41), Oluwatosin Obademi (32) and Olushola Ogunshina (39) - were discovered in a routine inspection conducted by Ecobank Quality Assurance Department to have forged signatures of some customers and stolen N2.8 million from their accounts at the Iyana-Ipaja branch of the bank between July 10 and 14, 2015. The fraud was discovered a few days later.

Thomas who said Adetunji and Obademi were cashiers, while Ogunshina was an Information Technology personnel in the bank, averred that the bank called in the police to effect the arrest of the three.

According to the prosecutor, Obademi and Ogunshina in their confession statements claimed that Adetunji came to them with the deal and promised to pay them N350,000 each.

The Chief Magistrate, K. B. Ayeye, granted the accused persons bail in the sum of N200,000 with two sureties each in like sum and adjourned the case to February 22 for hearing.