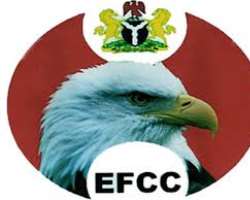 (Onitsha Nigeria, 3rd February 2016)-The advocacy attention of the leadership of International Society for Civil Liberties & the Rule of Law (Intersociety) has, again, been drawn concerning a public sensitive report credited to the Attorney General of the Federation & Minister for Justice, Mr. Abubakar Malami, SAN, to the effect that “the Economic & Financial Crimes Commission (EFCC) had in the past 12 years since its creation, recovered over $2trillion or N400trillion from Nigeria’s criminal groups and public office holders”. The perfidiously false report was published in the front page of the Vanguard Newspaper of today, being 3rd of February 2016.

The AGF was copiously quoted by the Newspaper’s Ikechukwu Nnochiri as having made the disclosure in a keynote address presented at the ‘First Annual Conference on Financial Fraud, Cyber-Crime & Other Cross-border Crimes’, in Abuja, yesterday (2nd of February 2016. The AGF was specifically quoted as saying: “available reports showed that in the past 12 years, since the establishment of EFCC, more than $2 trillion has been confiscated and recovered”. Full details of the AGF’s unpardonably falsified report are: http://www.vanguardngr.com/2016/02/money-laundering-efcc-recovers-looted-2trn-in-12-years/ .

We had in the course of issuance of this statement, gone extra mile to confirm the authenticity of the AGF’s blundered figure and his authorship; leading to the management of the Vanguard Newspaper informing us this morning (3rd of February 2016) that “the AGF was not misquoted” and that “it was contained in his written keynote address” delivered at the said Abuja function. They also informed us that “ before its publication, the reporter (Ikechukwu Nnochiri) was specifically requested to scan and forward the said keynote speech containing the “blundered version and figure” and he forwarded it immediately, leading to the publication and its front page use.

We have severally stated publicly and still state that “corruption is first driven by moral decadence or integrity crisis” and that those wishing to fight the scourge must first be morally upright or integrity rewarding. That is to say that “he or she that sets to go to equity, must go with clean hands at all times”. A man or woman that shaves his or her armpit hairs is not expectant of armpit dirt and offensive odour. A woman who wears a stained white brazier does not wear short sleeve gown to an occasion.

One of the greatest threats to fight against corruption is falsehood and propaganda. Another is unclean hands of those fighting it and those supporting those fighting it (i.e. CSOs and activists). One, out of plethora of governance undoing of the Buhari administration is its adoption of propaganda and falsehood as an official policy. A government that uses propaganda and falsehood as its official policy has inexcusably exposed itself before the citizens and international community as a government founded on turbulence, brigandage, rascality and violence. A grave danger of using falsehood and propaganda as official policy is that government utterances will always be taken with a pinch of salt and made summarily dismissive even if any is grounded on reality.

For the avoidance of doubt, the Nigeria’s Economic & Financial Crimes Commission (EFCC) was established through an Act of the National Assembly of Nigeria, dated 13th December 2002 (now refers as “EFCC Act of 2004”) and it started its operations in 2003 or during the second term of former President Olusegun Obasanjo. The creation of the Commission was partly in response to pressure from the Financial Action Task Force on Money Laundering (FATF), which named Nigeria as one of 23 countries non-cooperative in the international community's efforts to fight money laundering. The successes recorded by the Commission including loots recovery and effective and maximum use of technology and institutional mechanisms reached their peak between 2004 and 2007. The fame of EFCC and others like NAFDAC, got shrank from 2008 and upwards; owing to election and appointment of corruption friendly public officials as new set of heads of Nigeria’s Presidency, AGF, NAFDAC, Police and EFCC.

We also found that Nigeria had in the past 10 years (2007-2016) borrowed a total of N10trillion or $50billion from local and international lending institutions. Of $600billion or N118.2trillion of the public expenditures under reference, only 30% of same or $180billion (N36trillion) was spent on capital projects. One of the reasons behind this special investigation is to checkmate the antics of some propagandist government officials and their unprofessional media acolytes, who recklessly and mindlessly inflate and corrupt figures and other sensitive public matters here and there for purposes of settling political scores and misleading Nigerians and members of the international community. The report is published on the electronic media below.

Using the foregoing indisputable statistics, therefore, it is totally correct to say Nigeria and its federating units including States, LGAs and Federal had never generated half of “$2trillion (N400trillion)” since the return of civil rule in June 1999; not to talk of the EFCC recovering “$2trillion in the past 12 years since its creation”.

We challenge the AGF as well as the authorities of the EFCC to rubbish this position of ours by providing publicly concrete answers to the above questions and graphic details of how, where and when the EFCC recovered “$2trillion or N400trillion from criminal groups and public office holders” in the past 12 years, as well as statistical breakdown of the amount and how it was recovered, kept or spent. Also, “in the past 12 years since its (EFCC) creation”, requires detailed specification, as in from what year to what year did the 12 years cover? We will not be surprised if defense of “being quoted out of context” is invoked by the AGF as an escape route. If this type of unpardonable falsehood can be dished out by the country’s law-lord or chief law officer, then Nigeria is doomed irreparably!