US election: Hillary Clinton in narrow win over Sanders in Iowa Democratic caucuses 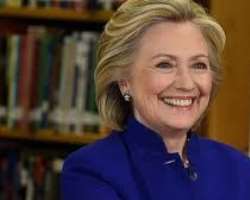 After a tight contest, Hillary Clinton has won the Iowa Democratic caucuses, according to The Associated Press.

Clinton beat rival Bernie Sanders with all precincts in the state reporting.

But even before the AP made the call, Clinton's presidential campaign declared victory in the Iowa Democratic caucuses and the state party indicated the former secretary of state is poised to be awarded more delegates than Sanders.

“Hillary Clinton has won the Iowa Caucus ,” the Clinton campaign’s Iowa State Director Matt Paul said in a statement early this morning. “After thorough reporting – and analysis – of results, there is no uncertainty and Secretary Clinton has clearly won the most national and state delegates.”

Paul added: “Statistically, there is no outstanding information that could change the results and no way that Senator Sanders can overcome Secretary Clinton’s advantage.” But the head of the Iowa Democratic Party appeared to bolster the Clinton campaign’s declaration.

For his part, Sanders has yet to concede. Getting off of his plane in Manchester, New Hampshire, which holds its primary in one week, the senator said, “We are going to have to look a little bit more thoroughly at the election results.”

In a speech to supporters in Des Moines Monday night, before the Iowa Democratic Party had made it’s declaration, Clinton said she was “breathing a big sigh of relief.” Minutes later, at his own event, a beaming Sanders announced to an enthusiastic crowd, “Tonight, while the results are still not known, it looks like we are in a virtual tie.”

The Vermont senator congratulated his opponent for “waging a very vigorous campaign.”

At her event, the former secretary of state announced she was “really excited” to debate with Sanders.