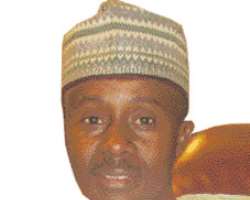 In her ruling today, the judge over the case Angela Otaluka adjourned the case to Tuesday, February 9, for examination and cross examination of the first witness, Boniface Emenalo.

At the hearing today, the defence counsel, Sekop Zumka, objected to the admissibility of seven documents presented by the prosecution. Zumka said the documents have not duly complied with the requirement of the certification of documents as laid down by the Supreme Court in the case Tabic investment Limited versus GTB Plc, 2011.

“My lord, the supreme court laid six mandates that must be complied with before any document is tendered before the court,” Zumka said.

He added that there is no payment of the prescribed fee on the face of the document or certification stamp.

“There is no evidence of payment and there is nothing before my lord to show that there is purpose of certifying the seven documents,” he said.

“My lord, the three documents I just outlined are not supported with proof of evidence. Therefore my lord, they can not be admitted because it is meant to spring up surprises for the defendant,” he said.

Zumka further prayed the court the reject the documents.

But the prosecuting counsel, Chief Adegboyega Awomolo (SAN) said the objection raised by the defendant is a misconception of the law and a misunderstanding of the supreme court's ruling

He said the documents which the prosecution intends to tender were produced by a public officer upon the command of the president authorized by this court.

Awomolo said: “Therefore my lord, a public officer obeying the command of the president to produce a document on the order of the court subpoena can not pay himself fees.”

Find out more from the video report. The story continues below:

He said the defense counsel must be able to tell the court whether an obedience to the subpoena is mandated to pay a prescribed fee. “My learned colleague must show your lordship what law prescribed for the payment of fees for such,” Awomolo said.

He added that the defense must show that the clerk of the House of Representative is a revenue generating organ of the government.

Citing Section 104 (1) of the Evidence Act, he said it is when a private person is applying for a public document from a public officer for his private use that the law can insist on the payment of a prescribed fee.

He added that the decision of the Supreme Court cannot be relied on for this particular matter. Awomolo said the supreme court decision cannot make the documents inadmissible by the court.

He further submitted that the documents are lawful, admissible and substantially satisfy and complies with the Evidence Act. He also informed the court that he has a letter dated February 1, 2016 from the clerk of the House of Representatives addressed to him, as the prosecutor, and he wishes to tender the letter.

Also citing Section 7 and 9 of the Evidence Act, the prosecuting counsel said: “This is a criminal trial where relevancy is the key to admissibility.”

Awomolo said that the defense counsel has all the time he needs to study the documents in question.

But in his objection, Zumka said in the case of Tabic versus GTB, the Supreme court did not make any distinction as to whether it applies to a public officer or individual.

He said the inability of the complaint to comply with the provision of the law has rendered the documents inadmissible.

“And so they cannot approbate and reprobate, that is not allowed by out law,” Zumka said.

To the fresh letter tendered by the prosecution as received from the House of Representatives, Zumka said, documents addressed to the learned silk cannot be admitted unless the prosecuting counsel is ready to sit in the witness box for cross examination.

He said only certified true copies can be tendered through the bar.

“In criminal law, proof of evidence is akin to pleadings on a civil matter,” Zumka added.

He therefore urged the court to reject the letter.
After listening to the submissions and objections, the judge, Angela Otaluka adjourned the matter to 1.30pm.

Court resumes at 3 pm…
At the resumption of the hearing, Otaluka admitted all seven documents and marked them as evidence. Citing Section 104 of the Evidence Act, Otaluka said the documents are all relevant to the criminal trial and thereby admitted as evidences. The judge however ordered the prosecution to make payments for certification of the documents within seven days.

The court however, rejected the letter sent by the clerk of the House of Representatives to the prosecuting counsel.

Recall that earlier today, a former accused person in the ongoing case stood in the witness box to testify against the Lawan.

Boniface Emenalo formerly standing trial with Lawan for receiving $620,000 from oil magnate Femi Otedola stood to  testify against Lawan in an amended charge.