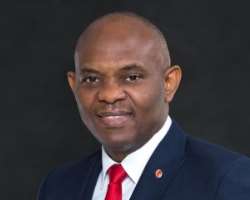 Leading investor and Chairman, Heirs Holdings, UBA Plc and founder of the Tony Elumelu Foundation, Tony O. Elumelu has applauded the U.S. House of Representatives for the passage of the “Electrify Africa Act,”  which took nearly three years trying to get the measure through both chambers of Congress.

The  Electrify Africa Act  creates a framework for a major public-private partnership between the United States and sub-Saharan African countries to help millions of people gain access to affordable and reliable electricity.  It also codifies access to electricity in Africa as a U.S foreign policy priority, thereby preserving President Barack Obama's  Power Africa  Initiative for years to come.  Launched in 2013, Power Africa is an innovative partnership to double access to electricity in sub-Saharan Africa where more than 600 million people currently lack access.

Mr. Elumelu through his investment company, Heirs Holdings has been in the forefront of promoting Africa's power initiatives. In 2013, Heirs Holdings, made a commitment of $2.5 billion investment in the power sector to generate 2,000 megawatts of power, about 20% of the initial Power Africa target.  Through Transcorp Power, the company currently generates 19% of the power consumer in Nigeria.

According to Mr. Elumelu, Africa must win the energy challenge if it seeks to become an industrial power in the 21st century. “P ower outages on the continent must spark power outrage. The kind of outrage that ignites the activist in us ” he noted. Channeling their power outrage into global advocacy, in a letter and op-ed supporting passage of the bull last week, Tony Elumelu and Aliko Dangote, both cofounders of the African Energy Leaders Group (AELG), urged U.S. legislators to pass this critical legislation.  Mr. Elumelu also gave a keynote address at the “Powering Africa Summit” in Washington D.C. last week, where he mobilized investors and technocrats in the power sector to join him in lobbying their Representatives in the U.S. to pass the bill.

Elumelu said that ”Power is a cross-cutting issue that impacts job creation, education, healthcare delivery, food security, communications and virtually every other sector of commercial activity.”  He described the passage of the bill which now goes to President Barack Obama for his signature as “A landmark decision which will help to transform the lives of millions of Africans who cannot wait for power’. I’d like to thank Representatives Ed Royce and Eliot Engel; Senators Bob Corker, Ben Cardin, Jeff Flake Chris Coons and Ed Markey for their friendship towards Africa and for their bipartisan leadership to move this important legislation, my hope is that President Obama will sign it into law as soon as possible.”