2016 Budget: Buhari to spend more on State House Clinic than on all federal teaching hospitals 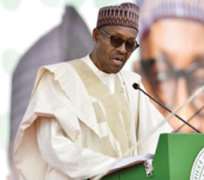 The Nigerian government is proposing to spend more on capital projects at the State House Medical Centre this year than it would provide for the 16 teaching hospitals belonging to it.

If the proposed budget is approved as presented to federal lawmakers, the State House Clinic will get N787million more in capital allocation than all the 16 teaching hospitals combined.

The State House Medical Centre is a facility that provides healthcare for President Muhammadu Buhari, Vice President Yemi Osinbajo, their families and other employees of the Presidency, all possibly less than a thousand.

Federal teaching hospitals cater for the heath needs of millions of Nigerians, train medical doctors and other health professionals for the nation while also serving as top medical research centres.

A breakdown of the 2016 Appropriation Bill shows that a total of N3.87billion has been allocated for capital projects at the State House Clinic.

In contrast, the country's 16 federal government-owned teaching hospitals individually only got a fraction of the allocation made for the presidential clinic.

According to the proposed budget, N212,539,245 has been allocated for capital projects at the University of Lagos Teaching Hospital in Lagos, one of the country's most populous states, while the capital allocation for the Ahmadu Bello University Teaching Hospital, Kaduna, is N230,904,795.

'It is unbelievable to see that Buhari is continuing in the tradition of pampering the State House Clinic every year with outrageous capital allocations while teaching hospitals that cater for several millions of people are allowed to rot,' an official at the National Hospital, Abuja, told PREMIUM TIMES. He requested not to be named for fear he might be victimised by the administration.

By virtue of the huge allocation to the State House Medical Centre President Buhari, Vice President Osinbajo, their families and their staff at Aso Rock are assured of state-of-the-art medical care.

However, millions of Nigerians, many of them poor voters, who bought into the president's message of change, are to continue to make do with decrepit facilities in under-funded teaching hospitals and other government-owned health facilities across the country.

Checks by PREMIUM TIMES indicates that this year's huge budgetary allocation for the State House Medical Centre is a continuation of what appears a tradition of over-equipping the clinic at the detriment of other health facilities in the country.

A 2009 report by the rested NEXT newspaper revealed that the State House clinic had 17 ambulances, the highest by any hospital in the country at the time.

According to the report, in 2008, 10 new state-of-the-art ambulances were brought from North Carolina in the United States, parked inside the presidential villa and left unused.

At the time the ambulances were left to rot away in Aso Rock, the National Hospital, Abuja, believed to be one of the topmost hospitals in the country, had only nine ambulances while the General Hospital in Nyanya, a decaying facility on the outskirts of Abuja, that served more than 300,000 people, had just a jalopy 504 Station Wagon (CT 89-A10) as its only ambulance.

Last November, a report by the News Agency of Nigeria (NAN) revealed that there were only two functional radiotherapy machines, an essential equipment for the treatment of cancer, in the country, one of which belonged to a private hospital.

According to the World Health Organisation (WHO), over 100,000 Nigerians are diagnosed with cancer annually, and about 80,000 die from the disease yearly.

The decrepit state of health facilities in the country, apart from the consequent losses of lives, has also caused huge economic loss to the country. Nigerians who can afford it spend billions of naira annually in the United States, Europe, India and other places in search of better healthcare.

Adewunmi Alayaki, Secretary General of the Nigerian Medical Association, said government should consider redistributing the allocation so that health facilities used by ordinary Nigerians can get better financial allocation.

'The lopsidedness in the distribution of allocations is keyed towards the State House health needs and the rest of the country are now sharing less funds than what is allocated to one health facility,' Mr. Alayaki told PREMIUM TIMES via telephone.

The Minister of Budget and National Planning, Udoma Udo Udoma, could not be reached to comment for this story. He is said to be on his way to France with President Buhari.

The Minister of State in the ministry, Zainab Ahmed, could also not be reached. Multiple calls to her telephone failed to connect. - Premium Times.