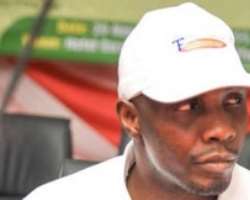 An ex-Niger Delta militant leader, Government Ekpemupolo, alias Tompolo, has pleaded with Justice Ibrahim Buba of a Federal High Court in Lagos to set aside the warrant of arrest issued against him. Justice Buba had on January 14 issued a bench warrant against Tompolo and ordered his arrest for failing to honour a court summons dated January 12 to appear in respect of a 40-count of alleged N34bn fraud leveled against him and nine others by the Economic and Financial Crimes Commission.

On January 14, while all his co-accused persons were in court with their lawyers, Tompolo was absent and was not represented by any counsel. The EFCC prosecutor, Festus Keyamo, had then applied under Section 131 of the Administration of Criminal Justice Act 2015 for an order to arrest Tompolo and bring him to court to answer the charges against him.

While granting the order, Justice Buba had said there was a proof that the EFCC had served the summons and the charge sheet on Tompolo by pasting them on the wall of his residence at No. 1, Chief Agbanu DDPA Extension, Warri, Delta State. The judge ordered that Tompolo should be arrested and produced in court on February 8 to answer the charges.

But Tompolo has filed an application through his lawyers, Mr. Tayo Oyetibo (SAN), and Ebun-Olu Adegboruwa, seeking an order of the court to set aside the warrant of arrest issued against him, on the claim that the EFCC did not serve him with the summons and the charge sheet.

In the grounds of the application, Tompolo described as fictitious the address known as No.1, Chief Agbanu DDPA Extention, Warri, Delta State, where the EFCC said it pasted the summons and the charge sheet. 'In the history or geography of Warri or its environs no such street name is known,' Tompolo claimed.

His lawyers also argued that the application filed by the EFCC to obtain the order for substituted service was incompetent because it did not bear the seal of the legal practitioner who signed it. In an affidavit filed in support of the application, one, Nsikan Udo, who was the deponent, claimed that Tompolo resided at No. 13, Chief Agbamu Close, DDPA Extension, Warri (Effurun), Delta State and not No. 1, Chief Agbamu DDPA Extension, Warri, Delta State where the summons and the charge sheet were pasted by the EFCC.

The deponent claimed that as of January 13 when the EFCC went to paste the court papers, Tompolo was at 'a premises known as No. 1, Chief Agbamu Lane DDPA Extension, Warri (Effurun), Delta State throughout the week beginning from 11th January, 2016.'

'The gate of the premises known as No. 1, Chief Agbamu Close, DDPA Extension, Warri (Effurun), Delta is black in colour and is not perforated nor does it have a see-through, reddish/brown gate with iron bars shown in Exhibit GE4,' Udo claimed.

Tompolo is therefore seeking, among others, 'an order setting aside the warrant for the arrest of the 1st accused person/applicant (Government Ekpemupolo, alias Tompolo) issued by this court on 14th January, 2016 pursuant to the purported service of the summons and the criminal charge instituted in this case on the applicant.'

Adegboruwa, in a statement, however, said his client was prepared to willingly come to court to answer any charges preferred against him. He also said the Inspector- General of Police, the Chief of Army Staff and the Navy had been notified of Tompolo's application, 'so that overzealous persons do not take advantage of the court process to attempt to trample on his legal rights.'

In the charge against Tompolo and others, the EFCC accused them of conspiring to divert various sums running into over N34bn, allegedly stolen from the Nigerian Maritime Administration and Safety Agency to their personal use. Charged alongside Tompolo is the immediate past Director-General of NIMASA, Patrick Akpobolokemi; one Kime Engozu, Rex Elem, Gregory Mbonu and Capt. Warredi Enisuoh.

They were charged along with four companies - Global West Vessel Specialist Limited, Odimiri Electrical Limited, Boloboere Property and Estate Limited and Destre Consult Limited. The EFCC said they acted contrary to Section 18 (a) of the Money Laundering (Prohibition) (Amendment) Act, 2012 and were liable to punishment under Section 15 (3) of the same Act.