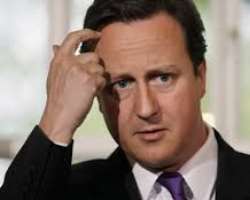 UK Prime Minister David Cameron and European Council President Donald Tusk failed on Sunday to reach a deal on Britain’s EU renegotiation after talks in London, but agreed to another 24 hours of “crucial” discussions.

The meeting was seen as vital to finding agreement on Cameron’s demands for measures to curb migration into Britain — the most difficult of four areas he wants to renegotiate before holding a referendum on EU membership by the end of 2017.

Both sides need to agree the main points of a deal before other EU leaders iron out the details at a summit on Feb. 18-19. If agreement is reached then, Cameron could hold the referendum as early as in June in a vote which will determine Britain’s future role in world trade and affairs, and also shape the EU.

“No deal yet. Intensive work in next 24 (hours) crucial,” Tusk said on Twitter.

A source close to the talks said they had reached agreement only on one of the four areas, while a spokesperson for Cameron said Britain had won “a significant breakthrough” by persuading the EU to say that the British leader could trigger an “emergency brake” on welfare payments to migrants immediately.

“On welfare, the commission have tabled a text making clear that the UK’s current circumstances meet the criteria for triggering the emergency brake,” the spokesperson said in a statement, adding that Britain was also keen to close “backdoor routes” into Britain.

The spokesperson said Tusk planned to circulate a draft text to all member states on Tuesday and that, before then, officials would meet in Brussels to “work through the day to resolve the outstanding issues”.

Finding a way to curb migration has proved to be the most troublesome element of Cameron’s renegotiation, which also seeks to address voter concerns over competitiveness and sovereignty.

Several EU leaders have said they will block any measure that discriminates against their citizens or undermines the core EU principle of free movement of people, while Cameron faces growing concern in Britain at high levels of migration.

Before the meeting, Cameron said the proposed “emergency brake” to deny benefit payments to working migrants needed “significant strengthening” and should be triggered immediately after Britain’s referendum.

Reuters reported on Thursday the EU was offering the emergency brake for up to four years as an alternative to Cameron’s proposal to bar EU immigrants from in-work benefits for at least their first four years in Britain.

The prime minister, who wants Britain to stay in a reformed EU but has not ruled out campaigning for an exit if he doesn’t get what he wants, needs to win concessions to persuade voters that he has changed Britain’s relationship with the bloc. – Reuters.