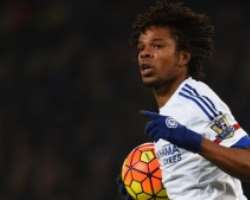 According to journalist Ben Jacobs, who works with ESPNFC, BeIN Sports, and talkSPORT, Leicester City has completed a deal to sign Chelsea striker Loic Remy on a permanent transfer.

According to Jacobs, the transfer will be worth $16.3 million, a transfer record for the club. The report also states that the transfer fee will be paid in full immediately, a rarity in the game these days with many high fees being deferred across several months or years.

Leicester apparently wanted a loan for the rest of the season with an option to buy, but Chelsea insisted on a permanent transfer, and the Foxes obliged.

Remy has seen just 177 minutes this season at Chelsea, scoring one goal. The former Newcastle striker is stuck behind both Diego Costa and Pedro up front, and thus has been the center of many rumors this winter.

Leicester City, meanwhile, are looking to bolster their already strong attack for a title run. The Foxes have Jamie Vardy and Riyad Mahrez , both of whom have been prolific this season, but injuries have forced Vardy off the field in recent weeks, and the club knows should either of them go down, the season could be in jeopardy. Bolstering a part of the squad that is already a strength is not an unheard of transfer tactic.

The Foxes currently sit three points atop the Premier League table, ahead of both Arsenal and Manchester City.