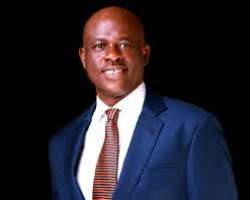 The Economic and Financial Crimes Commission (EFCC) has made another hit in its investigation of  the alleged diversion of $2.1bn meant for arms procurement under the immediate past administration of Dr. Goodluck Jonathan.

This time the Task Force  heading the investigation has found  N4.745 billion curious transfers made into the account of two sons of a former Minister of Defence, Mr. Musiliu Obanikoro

The money was  traced to the account of Silva McNamara Limited with Diamond Bank with links to the family of the former minister;  names of the relatives on the company's board are Gbolahan Obanikoro and Babajide Obanikoro.

The two sons of Obanikoro  were on the board of the company till 2014 when one Olalekan Ogunseye became the sole signatory to the company's account.

The money was allegedly paid in several tranches into the company's account with Diamond Bank from the account of the Office of the National Security Adviser with the Central Bank of Nigeria.

The account number was given as: 0026223714.
All the transfers were said to have been effected between June and December 2014.

This coincided with the period of the preparation for and conduct of the Ekiti State governorship election, which Ayodele Fayose of the Peoples Democratic Party won.

Sources disclosed that both Gbolahan and Babajide Obanikoro, as directors of the company, were signatories to its account until 2014 when one Olalekan Ogunseye was made the sole signatory.

It was said that payments to the company from the office of the National Security Adviser were made without any contract specified.

It  said that the commission was probing the payment of N4.75bn to McNamara because the funds were released without any contractual evidence.

The commission is said to find it curious that  Obanikoro's name was not found in the transactions as he was not on the board of the company.

It is said to be working to unravel the  mystery behind the payment of the large amount of money to the company which has two of his sons as members of the board of directors.

Source at the EFCC was was quoted to have said,  “Some of the funds traced to Obanikoro's son's account were meant for procurement of arms.

“We are making necessary contact with the son of the ex-minister for appropriate interaction with our operatives.

“We hope he will get in touch as required or else we may invoke necessary legal procedures to make him to account for these curious payments.”

Our attempts to reach the commission’s spokesman, Wilson Uwajaren did not yield results.

The publication quoted him as saying that Arms prall the allegations were mere speculations and urged members of the public to treat them as such.

He said, “As far as Senator Obanikoro is concerned, these are mere allegations that have not been proven and can never be proved. The former minister insists that his children were never directors at the company and were never signatories.