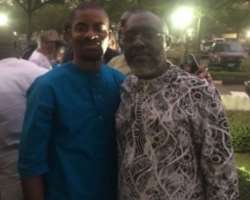 The National Publicity Secretary of the People's Democratic Party (PDP), Olisa Metuh, was released from   prison custody on Thursday after meeting his bail conditions.

He was originally granted bail on January 19 but remained in prison custody due to his inability to meet the terms of his bail. Justice Abang, however, on Wednesday reduced the bail conditions, which enabled the PDP spokesman to be able to post bail.

Metuh, was arrested by four operatives of the anti-graft agency from his Abuja home on January 5.

Metuh and his firm, Destra Investment Limited, were charged before the Abuja Division of the Federal High Court over alleged N400 million fraud.

The charge marked FHC/ABJ/CR/05/2016, was signed by the Assistant Director, Legal & Prosecution Department of the EFCC, Mr. Sylvanus Tahir.