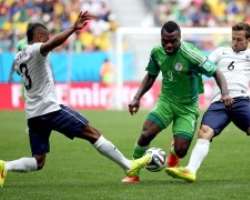 Slaven Bilic hopes to complete a loan deal for Emmanuel Emenike in the next couple of days. Bilic wants the Nigeria striker, who has scored seven goals in 11 games for the UAE side Al Ain this season, to boost his attacking options for the Premier League run-in.

Emenike is currently on loan from Fenerbahce, however, and the deal is being held up by negotiations with the Turkish club. “We are still waiting for that, it's a complicated situation,” said Bilic.

“Al Ain called me and basically we thought we could do a straight swap with them, but now we are talking to Fenerbahce, and we will see what happens.

“At the beginning it looked easy, between two clubs, but then when we had to deal with Fenerbahce, who are a third party. So at one moment it didn't look good, but in that last couple of days the deal looks pretty much alive.”

Bilic had earmarked the Galatasaray striker Burak Yilmaz as a potential alternative if the Emenike deal fell through, but the Hammers are only interested in a loan. “With Burak it's a different situation as they are looking to sell and we are not buying,” he added.

Nikica Jelavic looks set to make way for Emenike, although the former Everton forward's proposed switch to the Chinese side Guangzhou Evergrande will not be completed just yet.

Jelavic has found first-team opportunities at Upton Park hard to come by and will fall further down the pecking order when Diafra Sakho and Andy Carroll return from injury.

“Jelavic might go to China, but it's pre-season there, the season hasn't started so he is staying with us until he sorts a deal out,” said Bilic.

“The injury situation is looking good. Andy will be back playing in 10 days and Diafra and [Manuel] Lanzini in two weeks. “Andy will train with us after the Liverpool game on Saturday and if he trains well he could be back with us for next weekend.”

Bilic is still waiting to hear the extent of the knee injury suffered by the defender Carl Jenkinson against Manchester City last Saturday, amid fears the Arsenal loanee's season is over.

“Carl has another appointment with the specialist and we are waiting for the results,” he said. “He was really unlucky with the injury but we are still hoping it's not that bad.”

Bilic will hand a late fitness check to captain Mark Noble before the FA Cup fourth-round trip to Liverpool, with the midfielder missing training because of flu.