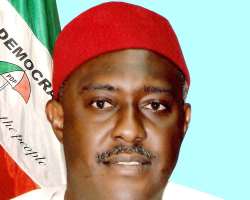 The consequences of corruption is visible in virtually every sector of Nigeria's fragile economy. From works to health. From rural development to sports. The aviation and oil sectors are not exempt. The labor and power sectors appear to be worst hit because they are interwoven.

This is so because pundits have posited that if power were stable, plenty jobless Nigerians will be encouraged to be self sufficient. Even the wage bill of all tiers and arms of government will reduce significantly

.
If the forgoing are understandable, Nigerians; especially the younger generation must quickly realize the dangers they put the country into each time they allow themselves to be utilized to lend support to the cause persons perceived as corrupt. Instead young persons should deploy their proficiency in ensuring that accused persons have access to justice through appropriate legal channels.

Perception is strong and an intrinsic factor in politics, it is there to this end that it is often advocated that persons perceived to be corrupt must not involve in leadership issues. The west understand this essential aspect of politics. Even their political class are weary of falling victim to wrong perception. Consequently, instances abound to cite where front line politicians resign their positions or rest their ambitions over "trivial" issues.

Issues here range from improper sexual conduct to plagiarism. Others may include non-disclosure of a known fact and forms of cheating. So advanced is their system of governance that solace is never sought in the court rooms. The reverse is however the case in Nigeria as every tom, dick and harry will opt to subject the clearest of facts to legal tests of significance before a rather weak judicial system that avails them leeway. If our country must progress, we must understand the need to deviate from this kind of procedures.

The Peoples' Democratic Party is under fire from Nigerians. Currently, the party is fighting to divorce its nomenclature from the myriads of corrupt practices visited on it by some senior officials of the party; even serving members of its National Working Committee. Chief Olisa Metuh, the outgoing spokesperson of the party alongside Alhaji Bello Haliru are prominent in this category of ranking officials. They have been implicated in the $2.1B arms purchase deals which emerged as conduit for pilfering public funds.

Both are currently being held by government authorities pending when they satisfy bail conditions handed by government. It is however important to discuss the implication(s) of the PDP involving itself in these matters under any guise.

In his capacity, deputy party spokesman, Alhaji Jalo Ibrahim holds the view that the party will not offer any assistance to its members accused or standing trial for any form of fraud. His position have been greeted with mixed reaction. A fraction of the party say he hasn't standi to speak for them while others have maintained a deafening silence.

I aver that Alhaji Jalo Ibrahim's position is right and in consonance with global norms in politics. I sympathize with party members who are currently being quizzed by anti-graft agencies but in doing this, I realize and have taken into consideration the bigger implication of the PDP as a party providing any form of soft landing to indicted persons. I therefore warn that the party must desist from meddling in the judicial process.

Mine is not to preempt the courts by pronouncing anyone guilty before conclusion of trial but to serve as a moral compass guiding the concept of youth participation in politics.

I therefore urge President Muhammadu Buhari to widen the scope of the anti-corruption war to cover members of his cabinet like the serving aviation as well as the works & power ministers as justice cannot be said to have been done until it is seen to have been done.