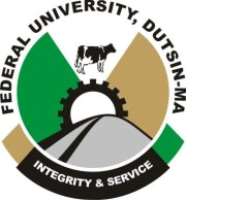 The Federal University, Dutsin-ma, Katsina State, on Saturday gave 11 students, who graduated with First Class degrees, automatic employment. The Vice Chancellor of the university, Prof. James Ayatse, made the disclosure in Dutsin-ma at the maiden convocation of the institution.

Ayatse said that the students graduated from 11 departments in the Arts, Management/Social Sciences and Education faculties. ''I am glad to inform you that the university's Governing Council has approved that appointment letters of the First Class graduands be issued to them during this ceremony,'' he said. According to him, 49 other students graduated in the Second Class Upper Division , 46 were in Second Class Lower Division while the remaining four were in Third Class Division. He added that the institution provided scholarship to students who distinguished themselves in their various fields.

According to him, 696 students had so far benefited from the scholarship scheme since the inception of the university in 2010. Ayatse explained that the institution had already mobilised its first set of students for the 2015 Batch 'B' National Youth Service Corps. He, however, cited funding as one of the major challenges hampering the smooth running of the university.

The vice chancellor added that in spite of the challenges, the university would be ranked among the best universities in the country and the world in general in the near future. He advised the students to shun all form of vices and concentrate on their studies for them to succeed.