N50 stamp duty: No banks will profit from it, says Skye Bank boss 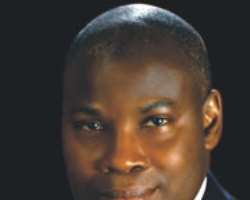 Contrary to insinuations in some quarters, the Group Managing Director/Chief Executive Officer of Skye Bank Plc, Mr. Timothy Oguntayo, has declared that deposit money banks (DMBs) are not expected to make any profit from the N50 stamp duty levy imposed on bank customers by the federal government.

He made this clarification during a breakfast luncheon with top stockbrokers and allied professionals in Lagos.

It would be recalled that the federal government had on Tuesday mandated the Central Bank of Nigeria to collect N50 stamp duty from customers for money received into their accounts.

According to the apex bank, 'As part of efforts to boost its revenue base, the federal government of Nigeria is exploring revenue opportunities in the non-oil sectors especially taxes and rates. It is in recognition of this fact that banks and other financial institutions are enjoined to support government's revenue drive through compliance with the provisions of the Stamp Duties Act, LFN 2004 as reinforced by the court judgement in Suit No FHC/L/CS/1710/2013.

Oguntayo, who gave useful insights on the rationale behind the imposition of the N50 stamp duty, said: 'In my own understanding, there is a NIPOST Act that makes it mandatory for customers to pay stamp duty on any transaction they do. As such, the money collected goes directly to NIPOST and not to the banks. The banks are not expected to profit from it.'

He was however quick to admit that the implementation of the policy means that cost of doing transaction is going to increase.

The sad part of it, he emphasised, is that the policy is already a fait accompli as the apex bank has since passed the directive to the banks for onward implementation.

The Skye Bank boss also hinted of plans by the bank to raise fresh capital during the first quarter of 2016 to beef up its capital base and improve its working capital.

Explaining further, he said its capital adequacy ratio of 15.87 per cent for the bank, out of which 12.4 per cent is covered by common equity, was already in compliance with Basel 11 provisions.

In addition, Oguntayo said retail banking as the bank's new business focus would be pursued in 2016 for more traction. In particular, he said the small and medium enterprises (SMEs), small businesses and priority banking would be strengthened.

Reeling out strides recorded by the bank in 2015, the Skye Bank boss said the board of the bank appointed four new executive directors to the board and has concluded the design of a three-year strategic plan from 2016-2018.

Besides, he said the bank achieved certification by the British Standard Institution on IT Service management, business continuity and IT management for the integrity of its operations. The Nation