I Have Just 2 Cars…2Baba Reveals 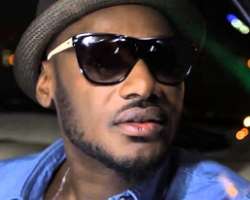 Some Nigerian entertainers love flaunting their ride anytime they just stop by a dealer's shop, while some believe showing off their fleet of cars in their garage will make more sense for fans to know the level they have gotten to.

Be that as it may, one person who still does not buy the idea of flaunting his luxuries in the public is Hypertek boss and singer, 2Baba.

The singer in an interview with City 105.1, monitored by Nollywoodgists.com, when asked how many cars he has stated that he has just two cars that he moves around with.

“I have just two cars,” as he is comfortable with it than just having many cars parked just like that.