Iran Nuclear Deal; Its Reverberating Effect Around The Globe 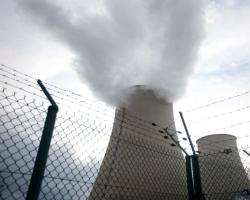 The aftermath of the United Nation announcement of Iran compliance on their nuclear deal agreement signed on July 14, 2015 by the permanent five members of the UN and European Unionhave made the US, and the EU lifted the various economicsanctions on Iran.

The Arab nation who have been in deep economic crisis since the begining of the sanctions a decade ago, during the regime of their former president, Mahmoud Ahmadinajad simply because of their immense enrichment on their nuclear programmes.

The deal has recieved some backlash around the globe, some experts viewing it as an effort to sharpen Iran claws that have continue to back Bashar Al-Assad Syrian led government which have killed,maimed and render homeless millions of her citizens and has made Europe deal with escalating refugee crisis in recent times.

According to details of the deal published by the US government, Iran's uranium stockpile will be reduced by 98% to 300kg (660lbs) for 15 years, the level of enrichment will also remain at3.67% and thier nuclear facility converted into a research centre. Iran will retain no more than 6,104 out of almost 20,000 centrifuges it possesses. Basically the deal will prevent Iran from making a nuclear bomb.

The Iranian president, Hassan Rouhani who has attributed the deal as a victory to the iranian people would see all Iranian frozen assets that are worth aover $100 billion defrozen, all UN Security Council sanctions as well as all economic and financial embargoes by the US and the European Union imposed on Iran's banks, insurance, investment,properties and all other related services in different fields, including petrochemical, oil, gas and automobile industries lifted.

Iran is the second-largest oil producer in the Middle East after Saudi Arabia. It holds the world's fourth-largest crude oil reserves and the world's second-largest natural gas reserves. Despite the country's abundant reserves, Iran's crude oil production has declined, and natural gas production growth has been slower than expected over the past few years because of the international embargoes and have prompted a number of cancellations. Years of sanctions against Iranian exports have caused the Islamic Republic's oil exports to fall from 2.5 million barrels per day in 2011 to about 1 million barrels per day.

The nuclear deal is seen as a significant success by the American democrats of the Barrack Obama administration in the pursuit of peace around the globe,while it is being vehemently oppossed by the republican opposition.Some expert belive that the deal might be strained if US produces a republican president in the forthcoming 2016 polls.The dealis expected to place America's oil producers at a competitive disadvantage in the global marketplace because of the 1970's era ban on crude oil exportation.

The weakness in oil benchmark prices at $28 dollars per barrel reflects the already oversupplied global crude oil market. This is due to slower growth in demand for oil products internationally. With the introduction and increase in production of the iranian oil , the price might further plumet to $20 dollars per barrel or even lower.

Diplomatic ties between Iran and their biggest arch rival in the market, Saudi Arabia are currently strained and there are indications that iran might want to sell at lower prices to woo customers, although the gulf country is producing over 10 million barrels per day are not detterred to reduce thier production rates due to the dwindling oil prices. Russia and Saudi Arabia have increased significantlytheir rates of production in recent times',which makes it quite evident for all oil producing nations including non-opec members to dialogue on alreadyescalating doom facing the world economy.

The increase in oil prices few years back have seen big oil producers count enormous gain in their reserve and were not prepared for this downturn, countries are in crisis, companies laying off workers. This impending crisis might only be solved by a great intervention that even the big players arent ready for.

Finally, asthe world is striving for a cleaner source of energy, every oil dependent nation should start preparing for life after oil as the golden oil age might come to its end in coming decades like the coal industry did!.