Four ways to avoid getting cancer 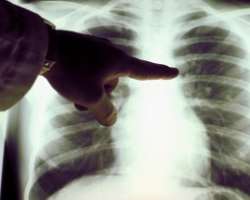 Cancer is, and probably always will be, a hot topic of conversation when it comes to health. It's been in the news a lot lately, as the World Health Organization has placed red and processed meats on its list of known carcinogens — along with tobacco. Not only that, but a number of supplements have also been under suspicion as well, fueling the fires of worry for many people.

Cancer is a serious problem in the United States, as it is actually the second-leading cause of death . And there are numerous ways that cancer can manifest. Fortunately, there are also a number of preventative measures that you can take as well.

According to the National Cancer Institute , “it is usually not possible to know exactly why one person develops cancer and another doesn't. But research has shown that certain risk factors may increase a person's chances of developing cancer.”

“When many studies all point to a similar association between a potential risk factor and an increased risk of cancer, and when a possible mechanism exists that could explain how the risk factor could actually cause cancer, scientists can be more confident about the relationship between the two,” the Institute's website says.

And it's those “mechanisms” that provide us with the best basis for prevention. There are a few big ones, and by limiting your exposure to, or avoiding them all together, you may be able to ward off any cancerous developments. Of course, there are no guarantees, but you'll be better off. 1. Avoid vices Source: Thinkstock
It doesn't get much more straight forward than this — we've known for decades now that certain vices, like smoking and drinking, can boost your chances of developing cancer. And yet, people still indulge themselves in these activities, knowing full well that there are significant health consequences. They should be able to make that choice, no doubt, but there's also costs to consider — not only on their own health, but on healthcare spending overall.

Tobacco is the leading cause of cancer  and the leading factor in deaths from cancer. Though smoking rates have been dropping for some time now, tobacco still takes a heavy toll on the U.S. — both in terms of overall health, and in lost productivity . Excessive alcohol use as well. If you're serious about minimizing your chances of getting cancer, you'd be wise to steer clear of both drinking and smoking — or at least doing them in moderation. 2. Dial in your diet Justin Sullivan/Getty Images
By now, we've all heard the news that bacon and other processed meats are carcinogenic . While that's a major bummer, it's not exactly shocking. In fact, a number of foods have been linked to cancer. Including sugar .

But the big thing you need to worry about is obesity. Cancer and obesity have a lot of links, and several foods — notably red meat and sugar — are big factors in the obesity epidemic. In order to avoid becoming obese, your best bet is to dial-in your diet, and engage in regular exercise. The more plants, the better. But you should definitely do what you can to avoid certain foods, and yes, that includes bacon.

Though some bacon here and there is probably fine. 3. Know your body Mario Tama/Getty Images
Though you can control many risk factors, there are some that we unfortunately don't get a say in. That includes your body, and more specifically, your genetic makeup . Some people are going to be more predisposed to developing certain types of cancers than others — it's as simple as that. There's not a whole lot you can do about it, except to take preemptive action and minimize your risks by controlling the outside factors.

The best thing to do is to get regular cancer screenings and keep a close eye on your health. If you know you have a family history of certain cancers, be sure that you're doing your own screenings at home. And if you feel something off, be sure to make an appointment and have it checked out. Be sure to talk to your family members as well, to know what to look for. 4. Don't expose yourself Source: iStock
When we say “don't expose yourself,” we mean to known carcinogens. Unfortunately for beach lovers, one of the biggest known risks is exposure to UV rays from the sun. So, if you spend a lot of time outside, cover up. Wear sunscreen. Don't be afraid of the SPF 100 — instead, embrace it. It may save you a world of hurt in the future.

Also, take a look at the other known carcinogens that are out there. There are many, and you should at least be aware of your risks. Obviously, we've covered several of the big ones already — alcohol, tobacco, obesity — but the World Health Organization has a list of more than 475 others . So take note, educate yourself, and if you know that you may be predisposed to developing certain problems, take measures to minimize your exposure and risks.