US imposes new sanctions on Iran for ballistic missile program 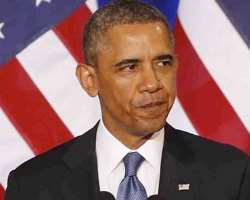 The US Department of the Treasury, on Sunday, imposed new sanctions on Iran for its ballistic missile program.

The Treasury Department made the announcement in a statement issued on Sunday, only a day after sanctions targeting Iran's nuclear energy program were lifted.

The statement said five Iranian citizens and a network of companies based in the United Arab Emirates and China were added to a US blacklist.

The network “obfuscated the end user of sensitive goods for missile proliferation by using front companies in third countries to deceive foreign suppliers,” the statement said, adding that the five people had “worked to procure ballistic missile components for Iran.”

“Iran’s ballistic missile program poses a significant threat to regional and global security, and it will continue to be subject to international sanctions,' said Adam J. Szubin, acting under secretary for terrorism and financial intelligence.

Washington slammed the test, claiming the projectile is capable of carrying a nuclear warhead. It vowed to respond with more sanctions.

The Iranian media have aired footage of an underground missile facility of the IRGC packed with Emad missiles.

On Saturday, US President Barack Obama signed an executive order lifting US economic sanctions on Iran.

Obama's move came after the International Atomic Energy Agency (IAEA) verified that Iran has implemented its commitments made in the Joint Comprehensive Plan of Action (JCPOA), and announced to remove international economic sanctions against the country.

Under the agreement, limits are put on Iran's nuclear activities in exchange for, among other things, the removal of all nuclear-related economic and financial bans against the Islamic Republic. – Press TV.