HOW TO DEVELOP A NATION THROUGH SCIENCE AND TECHNOLOGY PART ONE 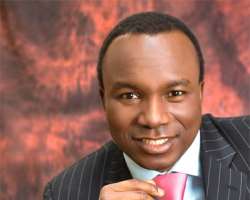 Galileo Galilei, Michael Servetus, Henry Odenburg, Gerhard Domagk and Albert Einstein. What do all these people have in common? Some will be quick to say that all of them are scientists. Yes, indeed that would be a correct answer. Howbeit, that is not the answer I am looking for this time around. Apart from the fact that all these people are scientists, there is something else that unites them. They were all persecuted and prosecuted for their discoveries and beliefs in the role of science in our world.

GALILEO GALILEI: One of the most famous scientists in the world. The Italian physicist and astronomer was put on trial and convicted in 1633 for discovering and claiming that the earth revolves around the sun. Today, that discovery is at the very heart of our existence as a modern civilization. Moreover, the civilization and development of our modern age could be credited largely to the works of Galileo Galilei.

MICHAEL SERVETUS: Servetus was arrested, tortured and burned at the stake in Geneva in 1553, for daring to voice his ideas about reforming Christianity. Servetus was a Spanish Physician, credited with discovering pulmonary circulation. But without him and his discovery, we would not have our modern medicine today.

HENRY ODENBURG (1619-1677): He was credited with founding the Royal Society in London. He was prosecuted and imprisoned for his numerous scientific papers. He was accused of being a spy.

GERHARD DOMAGK (1895-1964): Domagk was a German pathologist and bacteriologist who is credited with the discovery of the first commercially available anti biotic sulfonamide for which he was awarded a Nobel Prize in 1939. He was arrested and prosecuted in Nazi Germany.

ALBERT EINSTEIN (1879- 1955): Einstein was a German Jew, who is known for his discoveries in the area of the general theory of relativity. He was prosecuted by the German Nazi government and eventually moved to the United States of America.

In every generation, people have always paid dearly sometimes with their own lives, just to pass across to the world that they passionately believed in. These men paid a high prize for us to enjoy some of the scientific and technological breakthroughs that we are enjoying today.

However, there has been a big shift in the way our world views science and scientists. Scientists are no longer being arrested or even prosecuted. Scientists in most countries of the world, especially in the advanced countries, are considered to be very important. They are celebrated and appreciated, some of them have even attained the status of national heroes. Obviously, Africa needs to begin to discover our scientists and celebrate them otherwise they will all move to other countries where they will be welcomed and celebrated.

What is more significant about this topic I am addressing today, HOW TO DEVELOP A NATION THOUGH SCIENCE AND TECHNOLOGY is the role science and technology now plays in the future of any country that wishes to be called advanced and developed.

“The world is moving so fast these days that the man who says it can’t be done is generally interrupted by someone doing it.” Elbert Hubbard

According to research from the Massachusetts Institute of Technology (MIT) their contribution over the years to the economy of America has been 2 trillion US dollars. That is a staggering amount of money, not just for a research institute, but even for a nation. If MIT were a nation, it would be the 13th largest economy in the world.

This institute (MIT) alone has generated over 25,000 active companies and employed over 3 million people, all in the US. Friends wait a minute, can you believe that? We are talking here of just one university! What if we talk about 10 universities, 100 universities or 1000 of them? Schools and universities in particular are no longer just centers for learning, they are now the backbones for any economy.

If Nigeria and Africa therefore wish to advance as a nation, science and technology must not be neglected. As seen in the example with MIT, science could actually become one of the backbones of the Nigerian economy.

The significant contribution of science to Australia’s economy was revealed when it was discovered that science alone contributes 145 billion dollars directly to the economy every year. Meaning 11% of Australia’s GDP comes directly from science and technology. The amount that is coming to the GDP through science alone is 2 times what Nigeria is receiving from oil in a year. But the indirect contribution of science to Australia’s economy is 300 billion dollars a year, 23% of their GDP and 4 times the amount Nigeria gets from oil in a year.

“But you, Daniel, shut up the words, and seal the book until the time of the end; many shall run to and fro, and knowledge shall increase.” Dan.12:4

These statistics go a long way to prove to us that if a small country like Australia can from one sector of the economy, generate 4 times the money oil is giving Nigeria, we don’t have any business depending on oil anymore. Meaning we must get out fast and begin to invest in science and technology.

Even though Nigeria is littered with so called Universities of technology, our results however have not proven that what we have now is working. From all indexes Nigeria is underperforming in the area of science and technology even by Africa’s standards.

According to African Innovation Outlook, South Africa produced in 2010 86,000 scientific papers which equals 37% of the total research of the 19 African countries that participated in the studies. Egypt produced nearly 60, 000, which is 27 % of African output, Nigeria only produced 27,000 which is one third of South Africa’s output.

On the other hand, Nigeria only secured 18 patents in 2010, while South Africa in comparison was able to secure 1000 patents according to World intellectual property organization (WIPO)

The solution in my thinking is that the new Nigerian government must make science and technology the new priority and declare a national policy in this regard.

The Buhari government must:
Implement the recommendatons of the Steve Oronsaye committee, that the way to go forward is science and technology in Nigeria.

The second thing I think Nigeria must do is to bring in private sectors to begin to invest in science and technology and especially in research.

We must once again go back to the idea of setting up schools for gifted students, especially in the area of science, where young and future scientists can be groomed into greatness.

I think our universities especially those of science and technology need to establish exchange programs. Especially with the leading institutions of science like MIT.

I believe that our institutes and universities must be encouraged to generate their own funds and revenues from their inventions and ideas. This will make room for healthy competition and cause these universities to be less dependent on federal government funding.

“Does not wisdom cry out, And understanding lift up her voice? She takes her stand on the top of the high hill, beside the way, where the paths meet. She cries out by the gates, at the entry of the city, at the entrance of the doors: “To you, O men, I call, and my voice is to the sons of men.” Prov. 8:1-4

I think the Nigerian government must go out of their way to look for Nigerian scientists that are successful all over the world and bring them back home to head our universities and institutes of science and technology (at least in the research departments). These men and women might not be “professors” but because of what they have been able to do and their experience, I think they should be given the chance to raise up more gifted people like themselves in our universities.

Some people don’t even believe that Nigeria has scientists, at least credible scientists, which is not true. Nigeria has some highly gifted young men who are making waves in the area of science these days. We could turn to them at a time like this to allow them to give direction to our industry of science and technology.