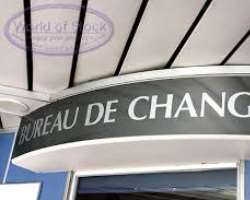 The Nigerian currency naira has continued its downward slide versus the US dollar, exchanging to N287 per dollar at the parallel market on Monday.

The development is the immediate effect of  the decision of the Central Bank of Nigeria which on Monday stopped direct sale of forex  to Bureaux de Change .

BDCs had been a major player in the money-exchange business since 2006, when it was brought into the mix during the governorship tenure of Professor Chukwuma Solud.

The dollar exchange rate hovered between N275 and N282 per dollar across the country before the announcement of the new policy. BDCs were very popular especially among the informal sector, because it offered easier access to forex, without the complexities of going through the banks.

At the close of Business on Tuesday, the Nigerian currency had lost more ground,  selling at N287 per dollar. This implies depreciation of about N7.

President, Association of Bureaux de Change Operators of Nigeria (ABCON), Alhaji Aminu Gwadabe, was cited as saying the exchange rate had risen to N287 per dollar in response to the CBN policy.

The  CBN  on Monday refunded all the BDCs for the money paid for the dollar sale scheduled for today. BDCs usually pay the CBN in advance for the purchase of dollars, which are collected on Wednesdays. TheCBN had directed BDCs to pay for $10,000 each which they did by Monday. But following the announcement, the management of the CBN directed that the money should be refunded to the BDCs.