Davido Accuses Baby Mama of Sleeping with His Father’s Friend 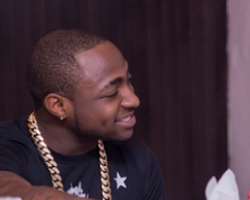 Base on some fans comment about the lingering crisis between Davido's family and his baby mama, Sophia Momodu, they seems to be tired about the whole scenario playing out as some have described both parties as immature.

Recently, it was being reported that the two parties had signed a peace letter to settle the whole baby custody crisis out of the media but emerging reports about what played out when Davido visited the office of the National Agency for the Prohibition of Trafficking in Persons (NAPTIP), at Ikeja, Lagos, is giving a different twist to the saga.

Emerging from Naij.com has it that the singer gave more exposure about Sophia, that she has been having affairs with his father's friend, who is based in Dubai and he (Davido) is aware of her affairs but was blinded by love.

Sophia was also alleged to have lied that she is a graduate when she is actually not and is six years older than the singer and not two years older as claimed.