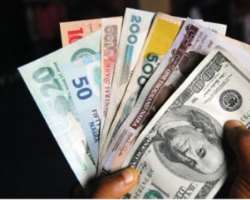 A fresh insight into the position of the Delta State House of Assembly to the development of the state was on Tuesday given by the Speaker of the House, Rt. Hon Monday Igbuya.

The Speaker at the first sitting of the House for 2016 said the House would ensure accountability, probity, transparency and efficiency in the implementation, monitoring and evaluation of the 2016 budget.

“I wish to quickly reiterate that the Delta State House of Assembly has been adequately positioned to meet the demands of making well focused research and people oriented laws that will impact positively on the people of the State. This is contingent on our firm belief that as the pillar of democracy, the legislative arm must be a catalyst of change, working in concert with the other arms of government in providing democratic dividends to the people” he said.

He asked his colleagues to brace up for the ever-evolving and unfinished business of state development as the months ahead will no doubt be challenging.

“We have shown uncommon resilience, maturity and understanding. Our display of competence, patriotism and commitment to duty which we demonstrated while carrying out our legislative duties and other assignments, has in no small means translated to the success the House has enjoyed. We should not compromise or betray the mandate the people gave us for pecuniary gains. We must work hard to secure a better life and greater opportunities for them through viable and pragmatic laws and other legislative instruments that would ensure viable socio-economic and infrastructural transformation in all the 29 constituencies in the state. We must also renew our priorities, listen to one another more attentively and remind ourselves of the ways by which our aspirations and destiny are intertwined as a people”

He expressed worries over the nation’s economy.

“Presently the price of crude oil at the international market is put at around $38. In the face of declining crude oil price, it is clear that our over-reliance on a mono-product is unhealthy and unsustainable. This reality makes it even more pertinent that the Federal and State governments work assiduously to develop other sources of revenue outside the oil and gas sector. The continued diversification of our economy into other sectors such as manufacturing, agriculture, trade and services is now inevitable. In this era of paucity of funds occasioned by the drastic fall in crude oil prices, the responsibility of curtailing wasteful and unnecessary spending falls solely on us.

“Distinguished colleagues, as we look forward to another year of robust and fulfilling legislation, we cannot but pat ourselves on the back for what we have achieved thus far. In the last seven months, this great House made appreciable progress in some very vital areas in the life of this administration. In 2016, we intend to push ourselves further and accomplish even much more to the benefit of Deltans”

He expressed dismay over the attitude of some people in the state.

“Let me also use this medium to educate our numerous constituents that it is time we do away with the entitlement mentality whereby we over burden our legislators with mundane requests borne out of the fact that you have supported and helped them to win elections. While I agree that the legislators have the moral responsibility to assist their constituents within their means, constituents should not overstretch their request to the extent that legislators would be afraid or discouraged to run their constituency offices with utmost efficiency or even run away from their constituency”.

Igbuya praised the judiciary for the victory of Governor Ifeanyi Okowa and others at the Court of Appeal.

For the interest of the growth and development of the state, Igbuya urged Chief Great Ogboru and Chief O’tega Emerhor to work with the present administration.

“Governor Ifeanyi Okowa is an advocate of an all-inclusive government. Instead of continuous litigations that distract and impede growth, it is for the interest of the people of our dear state for them to work with the government to move delta state forward”.