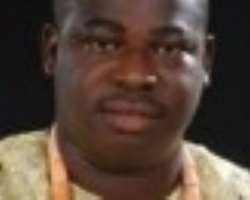 Delta State Police Command Monday declared the embattled chairman of Uvwie local government council, Mr. Henry Baro and the chairman of Central Motor Park, Effurun, Mr. Napoleon Odibu wanted over their alleged involvement in the Warri Shopping Mall attack which left many dead and several others injured while shops were looted of valuables.

The Commissioner of Police (CP), Mr. Alkali Baba Usman who made the disclosure while briefing the press at the state police command said, “The Divisional Police Officer of Ekpan Division received a distress call from the operation Manager of the Warri Shopping Mall that the mall was under attack by hoodlums. Consequently, patrol teams from various divisions in Warri were swiftly mobilised to the scene. The miscreants on seeing the policemen took to their heels”, while one of them identified as Godspower Ijoesgaga was arrested.

According to the Police Commissioner, “preliminary inquiries revealed that the miscreants who damaged and looted various items such as laptops, handsets from the shopping complex were hired and let on the mischievous mission by one Baro Henry, the suspended chairman of Uvwie local government council and Napoleon Odibu, the chairman of Central Motor Park Effurun who are currently on the run”, disclosing that the crisis was allegedly an offshoot of altercation Baro had with two Naval men outside the shopping mall.

Mr. Usman hinted that the bandits after leaving the shopping mall embarked on a protest along some streets in Warri, shooting sporadically and in the process, one Afor Emero was hit and killed by stray bullets, adding that a suspect who was caught has confessed the principal actors behind the attack on the mall while 18 others are currently in various police stations in Warri.

Meanwhile, 24 kidnap syndicates and armed robbery suspects have been caught in Utu-Jeremi, Ughelli South, Ozoro, Isoko north, Onitsha/Asaba expressway in Oshimili South, Oghara, Ethiope East and Sapele local government councils of the state. While three sets were arrested between 8, 18, 23 and 28 December last year the remaining three sets were apprehended between 8 and 9 January 2016.

The CP said out of the about six kidnap cases in the state, four have been successfully rescued while efforts are on top gear to rescue the remaining two just as he said one motorcycle and a car that were snatched were recovered while a pump action gun and a locally made gun and cartridges were also recovered.

It would be recall that the Chairman of Uvwie Local Government Area of Delta State, Mr. Baro, was suspended indefinitely by the Delta State House of Assembly over allegations of misappropriation of funds and insecurity within the local government council which followed a motion under matters of urgent public importance, raised by the Majority Leader and member representing Isoko North Constituency, Mr. Tim Owhefere.