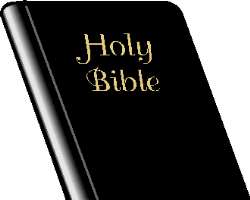 Introduction: Thus says the Lord the Redeemer, I AM WHO I AM, I AM the aged being that doesn’t walk with cane; I AM the Lord whose name is Jehovah Sabaoth, I AM the Lord of hosts. I descend into this location and I am constant unlike the world that changes.

Messages to the World for 2016
2016 the year of God’s visitation:
Send My message to the churches, the politicians and those that embezzle the nations’ funds to change and turn to Me, says the Lord of hosts. I am coming quickly and My reward is with Me, I will repay everyone according to their deeds (Revelation 22:12).

These two horses will descend from heaven and they will walk to and fro on the surface of the earth.

The Horse with light:
The first horse cry aloud concerning the messages sent from the Lord. The horse was sent with the covenant to:

They are the people that the first horse will deliver the joyful messages from the Lord.

I the Lord will manifest like a brave and powerful being in order to reward those that believe and put their hope in Me. I will also reward those that are prepared to enter My kingdom and are laying good examples (setting good records) for others to follow whereby they will win the souls of sinners into My kingdom.

The first horse will descend on the December 31, 2015. The speed of this horse is faster than a jet engine plane and the horse will walk through the four corners of the world. The first horse with light signifies resolution for the generation of the people that fear Me, says the Lord.

The Horse with Sword:
The messages to be delivered by the horse with sword can be found in the book of revelation (Revelation 3:1-20). This horse will deliver the message to:

The horse with its two edged sword is walking through the whole world for judgment. 2016 is a powerful year that I the Lord will use fire and sword to visit any nation that:

The spiritual sword with thunder bolts tip carried by the horse will come upon them.

The biblical Sodom and Gomorrah did not commit such atrocities compare to what is happening nowadays before they perish. The Amalekites’ transgressions are lesser than the corruption of nowadays before I judge them.

I raise My judgment rod and My hand will pass by any nation that refuses to stop corruption most especially by having sexual relationship with animals, (lesbianism) woman having sexual contact with another woman) Man having sexual intercourse with man (gay activities).

If they did not abstain from all these misconducts, if I do not use fire and sword in 2016 to ruin any nation that reproaches the truth, then I am not the Lord again. Fire will be destroying lives and properties, while the sword with thunder bolts tip will be bringing plagues/diseases.

The fire and the sword will affect the economy of such country negatively which may cause the economy to relapse or go into recession.

I send My warnings and it does not respect personalities. What I am saying to the whole world is that, any nation that:

I have raised My judgment hand against such country that practices the aforementioned conducts.

The angels will be descending with horses. They will go to the countries that reproach God, and they will not spare them.

Write this moment and hour down. If the nations refuse to change, I will raise My covenant that will make countries be at war with one another, including religious war.

I will only discipline the erring countries. Their cases will be like that of King Adoni-bezek who cut off other kings fingers and was later given a taste of his own dose.

I will pass through the nations that hardened their hearts against Me and they will be punished accordingly including the lukewarm nations.

It is those that overcome this panic and disasters that will inherit the world.

2016 is the year that the powerful will be weak/reduced to nothing. Any soul even if it is a president, king or pastors that reproaches the truth:

If I do not stretch out My judgment hand, then it is not I the Lord that send this message.

The name of the two edged sword is revolution: the sword of fire and storm of sickness. These two covenants are coming from the same sword held by the angel.

I stand at the midsection of heaven and earth where My covenant source this world, where I establish the heavens when nobody has the opportunity of being there, which is the hour that I Almighty God created the heaven and the universe.

The revolution will be happening in any stubborn nation that reproaches the truth and refuse to change. My covenant of judgment will be passing by and you will hear about disastrous situations of fire, war and sickness between January and July. If it does not happen, then it is not I the Lord that said it.

These catastrophic activities will start on January 5th at 2:00am. It will descend with the dew; some dire calamity will come with sunrise, rain and breeze throughout the world.

The angels will start their work without delay and this is the sign that comes from heaven for the angels to advance on their mission.

No Nation shall be exempted:
There is no nation that will not cry out that truly this is the end time. If this did not happen, then I am not God anymore. It will be a severe judgment unless they change and no country will be immune or escape this judgment.

There is nothing that can stop these two things (fire & sickness) from happening, to the extent that some will have money, but nothing to purchase. In 2016:

Unless the nations change to Me. It is then that they will witness relief, says the Lord of hosts.

I am moved to tears and I am worried that, will I meet Christianity when I return to this world?

The Founder/General Overseer:
Any of above mentioned that reproaches the truth, mislead My people, and if they participate in idolatry or have any form of corruption. Then the angel will pass the sword of fire and illness to plague them individually.

The breeze of the storm will blow upon them in 2016, and it will be a year that people will never forget. The only antidote is for them to repent and change.

Generation of Hell Fire:
They are twisting the Christianity faith and distorting the Bible every time.

Bible is not literature:
The world is not reading the Bible in manners that will make the Holy Spirit to interpret/explain the passages for them, but they are reading the stories in the books written by carnally minded people. Furthermore, people are reading investments, careers, and their ambitions instead of reading the Bible to enlighten them about what I have in stock for them.

It is people’s ambitions that are paramount in their hearts; it is a pity that many will leave their properties and unable to touch them when My judgment comes.

I send this message to mankind to change to the truth and righteousness, says the Lord of hosts. Use all your time to fear I the Lord, and let your hearts fear Me.

Devoted Christians:
2 Corinthians 5:15-18: The word is true and is worthy to be accepted.

The Lord is coming soon:
I am shouting for all nations to announce that the return of the Lord to visit the world is at hand.

This is My message to the nations of the world, any country that reproaches the truth will become desolate without remedy, says the Lord. Though, I will uplift the nations, but the children of perdition will be consumed, says the Lord (2 Kings 14:24-29 & 2 Kings 25:15-28)

Death of Brave People:
Many valiant people will pass away in 2016. It is only the famous/celebrities that have faith in Me and tell the truth that will survive this year. Even the kings/rulers and politicians will not be spared of the impending judgment.

For complete and more prophecies, click the link below and read the prophecies by date received. http://www.christapostolicmiracleministry.org/prophecies.html