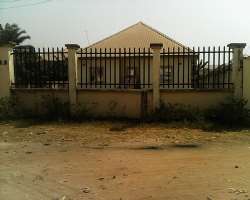 The worst is yet to be seen and heard from the Chief Press Secretary (CPS), Mr. Charles Ehiedu Aniagwu and other media aides to Senator (Dr) Ifeanyi Okowa, governor of Delta State as the CPS allegedly diverted bags of rice to his private office, while other media aides carted away with rice to their homes, syphoned from the monies approved for journalists in the last yuletide season by the state governor into their private pockets.

The aides also denied a large number of journalists their Christmas packages (rice and money) and doled out to a hand full of journalists whom they knew and to some other pitiable fellows who were able to lobby their ways into their hearts with so much plea while they took away the rest.

In a bid to steal from what the governor has made available for journalists, the aides diverted the rice running over 400 bags from Government House and the Ministry of Information to a private office painted cream allegedly belonging to the Chief Press Secretary, Mr. Aniagwu, located at H.P Otukueku Street, opposite Siri Hospital, off Delta Broadcasting Service (DBS) road Asaba, where a young woman and a man who were allegedly paid by the media aides were on ground releasing the bags of rice.

It was gathered that each journalist was entitled to a bag of rice and N10, 000 but some journalists got half bags of rice while the money was allegedly hacked to N8, 000 and N5, 000 respectively.

One of the media aides, the Special Assistant (SA), to the governor on community newspapers, Mr. Jonathan Onwuka, has practically turned down all request of familiarization from the leadership of the Indigenous Newspaper and Magazine chapel under the Nigerian Union of Journalists (NUJ) Delta State council, an umbrella body which house reporters from community newspapers allegedly denied some of them the rice and money.

Mr. Onwuka’s presence has not being felt among his immediate constituency, has not spoken with any of his colleague on the activities of his principal, done any press release apart from Facebook (social media) where he post pictures of Okowa during events.

The Special Assistant (SA) media to the governor on community newspapers, Mr. Jonathan Onwuka, carted away with 5 bags of rice which he said were given to him for his friends but it was learnt that Onwuka gave two and half bags of rice and hauled the remaining ones with the money.

The act of criminality was also extended to the Ministry of Information where the Director of Information, Mr. Paul Osahon paraded a list containing the names of some journalists who were subjected to thorough screening and when their names were found on the list, it is ticked and the sum of N8, 000 would be given to him/her before going to the private office of Okowa’s CPS off DBS road to obtain the bag of rice.

While the Chief Press Secretary to the governor, Mr. Aniagwu displays a second list in Government House, it was gathered that each of the SA media allegedly went home with over 10 bags of rice whereas those the rice and money were approved for, a large percentage didn’t get a single bag of rice neither money.

It was gathered that Jonathan allegedly confided on some journalists that Okowa approved the sum of N500, 000 for the Christmas package, our investigation however revealed that N5 million was the actual amount budgeted.

It would be recall that during the last administration, journalists were duly attended to at the Ministry of Information. However, in the present government, it was observed that at the same ministry, some names were used to replace others.