Scared Of Tanzanians: Teckno Deletes Off Pictures On Instagram Over Death Threat 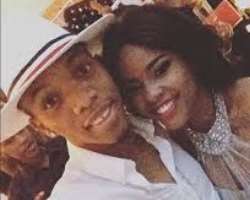 Scared to the bones over the continuous RIP comments on all his recent Instagram pictures, MMG Singer Teckno opted to delete all his pictures on the social media platform.

The singer did that early today following comments from his Tanzanian fans that he will die soon.

The whole drama started few days ago when Teckno performed in Dar es salaam to celebrate the New Year. He then posted a Selfie on his Instagram page with a famous Tanzanian actress and model named Lulu Elizabeth Michael with the caption "how do you see". The photo soon went viral on social media with fans speculating they are dating. And then Tanzanian fans went diabolical.

According to some of the comments by Tanzanians on the picture posted by Tekno, anyone who has intimate relations with Lulu dies mysteriously because she has been cursed and is very diabolical.

They also added that lot of her exes had died. And for this reason, Tanzanians wrote RIP on all Tekno's recent Instagram photos. When they refused to stop writing about his impending death, Tekno deleted every single photo he has posted on instagram and explained why he did it with word meme.
Poor him!