Liverpool: Coutinho out until February after hamstring injury 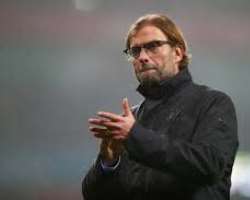 Liverpool's Brazilian international Philippe Coutinho faces up to three weeks on the sidelines with a hamstring injury, coach Jurgen Klopp confirmed on Thursday.

Arguably Liverpool's player of the season so far, Coutinho limped off during the first half of his side's 1-0 League Cup semi-final first-leg victory at Stoke on Tuesday.

Dejan Lovren was also injured in the same game, adding to Liverpool's swelling numbers in the sickbay.

Martin Skrtel has already been ruled out until February with a similar injury, while Mamadou Sakho missed the match at the Britannia Stadium with a knee problem.

Kolo Toure, who came in for Sakho against Stoke, was limping with cramp towards the end, and Klopp is unsure if he will be fit for Friday's game against Exeter in the FA Cup.

Click here for details
'Phil is more serious than Dejan, (who is more serious) than Kolo but none of these three will be available for tomorrow (Friday),' the German coach said.

'With muscle injuries you don't know. Kolo was cramp and that is not a problem but after three days it is not possible to play the next game but for next week it should not be a problem,' he explained.

'With Dejan will be available after Man United (on January 17) and Phil needs one, maybe two or three weeks longer).'

Klopp has indicated that he may have to enter the transfer market to buy a defender.

'Two weeks ago we had three centre-backs, that's a good situation. At the start of the season, we had five. Now we have none,' said Klopp.

'We now have three injured centre-backs and the only fit one got cramp near the end, so that was not the funniest thing in the world.'

Klopp now has 11 members of his senior squad unavailable, having seen them suffer 24 separate injuries between them since he took charge at Anfield in October. -AFP.