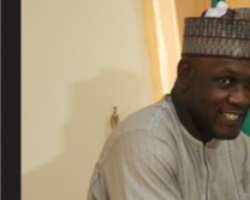 SAN FRANCISCO, January 05, (THEWILL) – Less than a year after his predecessor was replaced, Acting Executive Secretary of the National Health Insurance scheme (NHIS), Mr Femi Akingbade, has been accused of a large scale contract scam involving contractors working with the scheme.

A statement by Health Monitor Alliance signed by its Coordinator, Abubakar Umar alleged that Akingbade, since taking over, embarked on a journey of victimization, intimidation, campaign of calumny and selfish vendetta against targeted contractors in the Health Insurance Scheme.

Akingbade is further alleged to have launched a vicious campaign to illegally replace existing licensed contractors with new ones while flagrantly disobeying court orders secured by one of the illegally delisted health providers.

“Recently, the Acting Secretary has embarked on a vendetta aimed at removing or terminating the contract of performing contractors and replacing them with contractors and companies to which he has close links,” the statement read.

“This is a man who has no experience, practice or expertise in health or in health insurance. The mismatch of his background and the aims and objectives of the NHIS has resulted in an ongoing 'purge' in the Scheme.

“We reliably gathered that one Premium Health Limited, one of the Contractors whose contract was terminated, is a company that has been working with the NHIS with outstanding track records for over ten years.

“The Company never had any disagreement with the NHIS until the appointment of the Ag. Secretary who purportedly terminated the Company's contract under the National Health Insurance Scheme.

“The irony of the matter is that the Ag. Secretary immediately clandestinely transferred all the clients of Premium Health under the health scheme to new contractors who are his allies without due process and against procedure.

“Consequently, Premium Health instituted a Suit at the FCT High Court, Abuja, against NHIS challenging the purported unlawful termination of its contract.

“Hon. Justice V.B. Ashi issued an Order in 18th December, 2015 directing the Acting Secretary and the NHIS to maintain status quo, and desist from doing anything that that may affect the rights of the company under the scheme or take away/transfer the Company's clients under the scheme to any other contractor(s).

“Most importantly, the Court ordered the Acting Secretary and the NHIS to pay the sum of N440, 000,000.00 (Four Hundred and Forty Million Naira) to the Court Registrar; the sum being payment due to the Company for the last quarter of 2015.

“The Ag. Secretary has flatly refused to comply with the court orders issued even though his lawyer was in court. He disbursed payments to some contractors on the Scheme for the last quarter of 2015 but refused to pay the said sum to the Court Registrar in flagrantly disobedience to Court Orders.

“It is a great disservice to the nation and innocent Nigerians on the National Health Insurance Scheme for the Ag. Secretary to disobey a Court Order that borders on the security of the health of these Nigerians. The actions of the Ag. Secretary in this regard exhibit recklessness, impunity and disregard for the rule of law,” the statement noted.

The group called on the Presidency to probe the activities of the acting Executive Secretary before he destroys the NHIS.