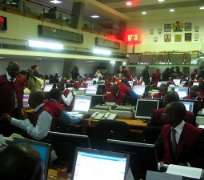 The Securities and Exchange Commission (SEC) has disqualified 24 Capital Market Operators (CMOs) for noncompliance and/or the inability of the audit firms to substantiate their claims of compliance.

A list uploaded to the SEC website after capital verification has been conducted showed that 429 CMOs adhered to the minimum requirements while 24 others were disqualified.

But SEC was not forthcoming with the names of the disqualified CMOs.

According to reports citing unnamed sources, the commission deliderately withheld release of the affected operators   due to the present sensitive nature of the market, an action which he said might further erode investors' confidence and trigger more sell-off of shares.

“In exercise of the powers conferred on it by the Investment and Securities Act (ISA) 2007, the Securities and Exchange Commission hereby releases the list of Capital Market Operators that complied with new minimum capital requirement after capital verification exercise,” the apex regulator said in the circular.

This list, it further said, “was based on the consideration of the reports on capital verification and the responses received from the affected Capital Market Operators (CMOs).

“In all, 24 CMOs were disqualified for non-compliance and/or inability to substantiate claim of compliance based on queries raised by the audit firms. In addition, 16 new CMOs were added on the list, 10 of which were newly registered companies and six filed evidence of compliance after the release of provisional list which were verified and accepted.”

SEC, under the leadership of the past Director General, Ms. Arunma Oteh,had on December 19, 2013, issued a new capital requirement for capital market operators with December 31, 2014, as deadline for operators to recapitalise.

Combined forces of persisting bearish trend and pressure from operators force the commission to shift the deadline further to September 30, 2015. Following the amendments, the capital requirement for broker/dealer was increased from N70 million to N300 million.