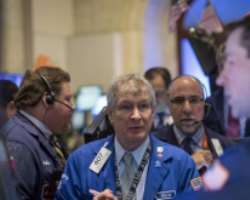 U.S. stock index futures were sharply lower after weak Chinese economic data reignited fears of a global slowdown, sparking a selloff in stock markets on the first trading day of 2016.

* Crude oil prices rose after a breakdown in diplomatic ties between Saudi Arabia and Iran raised concerns of supply restrictions, while gold jumped more than 1 percent as investors fled to the safe haven metal.

* U.S. stocks closed lower on Thursday, with the S&P 500 logging a marginal loss for the year.

* Economic data by the Institute for Supply Management is expected to show that the index of national factory activity rose to 49 in December from 48.6 in November. The data is due at 10:00 a.m. ET (1500 GMT).