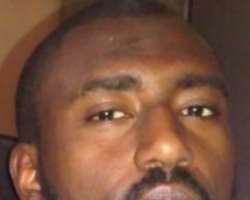 The calls to release Sambo Dasuki and Nnamdi Kanu are starting to get deafening and I must admit, it is hard being President Buhari right now. He has to balance respect for the rule of law with the desperation to see justice meted out to the right people.

The maiden presidential media chat revealed to some extent, a seeming lack of enthusiasm on the part of the foot soldiers of his anti-corruption war.

When the President spoke about Nnamdi Kanu's dual passport status and the impropriety of releasing Dasuki on bail while millions are displaced, he perhaps unknowingly, raised a few questions. Would any court grant Kanu bail if it was told that he got into the country without using any of his two passports and that he smuggled in equipment to help preach hate messages while doing so against the Federal Government in a counter-affidavit opposing his bail?.I don't think so.

Though bail is at the discretion of the court subject to some statutory considerations, the paramount determining factor is whether or not the attendance of the accused person in court can be guaranteed.

If properly argued, a man who stepped into our shores in the manner Kanu did can't be 'bail worthy'. The backlash that greeted the SSS' s refusal to release him when his first bail was granted shows just how precarious a situation this is.

One of the things courts also take into consideration is the likelihood of the accused person to commit another offence and releasing Kanu to return home to a much enlarged fan base wouldn't augur well for the security of this nation.

The Supreme Court has held in the landmark case of the Federal Republic of Nigeria V Asari Dokubo that a person's right to liberty can be denied irrespective of constitutional provisions when national security is at the risk of being threatened.

If Kanu as much as urges any of the well wishing 'biafrans' that troop in to visit him to continue with the struggle when he is gone, that would constitute another offence.

I have not been able to see court documents as at the time of writing this (being a festive period) but if this man was granted bail, it means one of two things- the prosecution isn't doing its job well or the courts aren't.

Either way, it means all efforts by the President in the early days of his administration to sensitize the judiciary (bar and bench alike) on the key role they have to play in this war don't count. Talk about begging people to do their jobs well with little or no effect.

However, I must commend the authorities for the 'piece meal' strategy they have adopted in this war where suspects/accused persons are re-arrested on new charges as soon as they have been granted bail. This has ensured they stay on the right side of the law in some tough instances including that of Nnamdi Kanu who is reportedly now in custody for treasonable felony.

The Dasuki situation however is one of the few instances where the strategy hasn't exactly worked as it should and has left the Presidency quite exposed.

The success of any strategy over time, revolves round the degree of strictness attached to its adherence. Bail was virtually a no-brainer in the Dasuki case with the likelihood of him jumping bail because of the severity of the punishment as the only potent weapon of opposition. Ill health is almost always sure to sway the court's decision in the accused's favour in non-capital offence cases.

The 'piece meal' strategy which worked well in the case of the former NIMASA boss, Patrick Akpolobekemi and Kanu would have come in handy in Dasuki's case instead of filing two charges simultaneously. The third charge filed against the former NSA accusing him of diverting public funds to the tune of N13.5 billion should have been filed after he had been granted bail on the Arms deal charge.

As a matter of fact, proper implementation of the strategy would require investigations to begin right afterwards. Note that accused and witness statements to the police form essential parts of investigations.

Justice Hussein Buba of the Abuja division of the Federal High Court granted bail to Dasuki on the six count charge bordering on misappropriation of public funds on 18th December 2015. If Dasuki was immediately re-arrested and 'investigations' commenced on the diversion of public funds allegation, then his detention would be legal. As things stand now, it is not. He is being illegally detained and enforcement of human rights proceedings could result in a legitimate demand for damages on his part. The SSS is fully aware of his claims of ill health.

From a moral and not a legal stand point, the government's zeal in its anti-corruption campaign is commendable but like i have always said, there is a need to thread with caution so that we will wage a successful war.

The President spoke from the heart when he said it wouldn't be fair to grant Dasuki bail to get treatment abroad while millions; a lot of them orphaned, were affected by his bad deeds as National Security Adviser. There is a willingness to see government thieves pay for their atrocities and you can't hate the man for that. But the law is the law.

The foot soldiers in this war must play their role in ensuring a hitch-free one. Cases must be prosecuted as best they should and circumvention of legal provisions must be copasetic.

We finally seem to be waging a productive war against corruption and we can't afford to be sloppy. The world is watching.

Umar Sa'ad Hassan is a lawyer based in Kano.