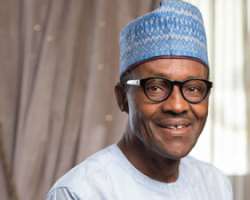 The House of Representatives, on its part, stated that a meeting with Buhari would put the records straight on how the President got his figure, since the legislature had not contemplated 'making such a mind-boggling' expenditure.

Buhari had, during his maiden Presidential Media Chat on Wednesday last week, wondered that the National Assembly planned to buy cars worth over N47bn, in addition to taking car loans and generous transport allowances.

'I can't see the National Assembly spending more than N47bn to buy cars on top of transport allowance they collect.

'I have to revisit that story. The budget for their transport allowance comes up to N100bn. With the kind of money that goes into the National Assembly, we have to look at it conscientiously and see how we can live within our means,' he had said.

Click here for details
Buhari announced that he would hold a closed-door meeting with the legislators to discuss the issue.

However, both the Senate and the House of Representatives in their separate reactions less than 24 hours after the media chat, denied that there was a plan to buy cars worth the amount the President quoted.

Speaking with The PUNCH on Sunday, House Minority Leader, Mr. Leo Ogor, said the members were prepared to meet with the President, where the lawmakers planned to ask him how he arrived at the figure.

Ogor stated that since making the announcement last week, there had been no communication from the Presidency on when the meeting would take place.

But he told The PUNCH that members were willing to meet with the President to address the 'misinformation for the purpose of avoiding needless crises.'

He added, 'There is no meeting fixed that I am aware of for now.

'But, as a House, we welcome discussions with Mr. President to avoid unnecessary frictions.'

The minority leader also pointed out that the President made 'several assumptions' about his powers, especially in relation to the power of appropriation.

According to him, Buhari, during the chat, seemed to assume that all the proposals of the executive in the 2016 budget of N6.08tn were sacrosanct and did not require any scrutiny by the National Assembly.

'We advise that, in keeping with the principle of separation of powers, he should read sections 4,5,6 and 80 of the 1999 Constitution (as amended) jointly for clearer understanding of which arm of government has the power of appropriation.

'All that is contained in the entire budget remains a mere proposal until approved by the National Assembly the way it deems fit,' he added.

Ogor added that the National Assembly too would need to be convinced why the Presidency proposed to buy cars worth about N3.5bn this year.

He argued that while nobody raised eyebrows over the Presidency's budget on cars, a 'non-existing' figure of N47bn was quoted for the National Assembly as its planned expenditure on exotic cars this year.

The lawmaker stated, 'The Presidency proposed to buy cars for almost N3.5bn, there is electrical wiring of almost N300m.

'Where we are not convinced, we will remove and take some sub-heads to areas we think they are needed.'

He claimed that Buhari took the wrong step my starting a 'media war' with the National Assembly in his first media chat.

The lawmaker observed that the option of opening discussions with the National Assembly on issues he might not have been 'adequately briefed on' should have preceded the media war.

Also, the Senate spokesperson, Senator Sabi Abdullahi, said the red chamber was prepared to meet with Buhari on the proposed plan by the National Assembly to purchase official vehicles for the 469 federal lawmakers.

Abdullahi told one of our correspondents on the telephone that media reports on the issue, which quoted various sums of money being the cost of procuring the vehicles, actually misled members of the public on the issue.

He explained that the exact amount that the vehicles would cost could not be determined by the National Assembly at the moment because the contract for their procurement had not been awarded.

He added, 'We in the Senate are ready and prepared to meet with the President on the issue. There is no way we can exercise our legislative functions especially in the area of oversight, using our personal cars.

'We need official vehicles to move around the country because we do not have to rely on government agencies under our supervision for such logistics if we really have to carry out an unbiased exercise.

'Nigerians should also note that we are not asking for too much by requesting Sport Utility Vehicles as official vehicles because there is no senator or member of the House of Representatives that cannot afford one. So, to us it's not a luxury but a necessity to do our work better. '

Abdullahi appealed to Nigerians, especially the media, to cooperate with members of the National Assembly in the task of performing its constitutional roles of providing necessary checks and balances for effective governance. Punch