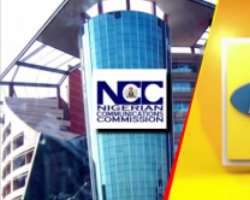 NCC’s latest newsletter quotes the commission’s Executive Vice Chairman, Prof. Umar Dambatta, as declaring categorically that the NBC-MTN 700 mega-hertz deal was done outside the regulator, hence its resolve to seek arbitration and mediation through the Frequency Management Council, which is the highest authority on the management of spectrum.

He stressed that the 700MHz spectrum ought not to have been auctioned by the NBC because it was a telecommunication spectrum that was very important for broadband penetration.

“We do not intend to join issues with them (NBC) but we intend to avail ourselves of existing mechanism for arbitration and mediation through the Frequency Management Council,” Dambatta explained.

Meanwhile, some industry stakeholders are already are already commending the NCC for its principled stance. They demanded investigations into circumstances surrounding the N34 bn MTN-NBC deal in the interest of transparency and accountability and the present administration's acclaimed anti-corruption policy.