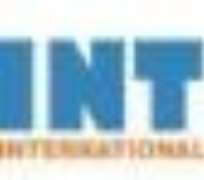 (Intersociety Nigeria, 3rd January 2016)-The leadership of International Society for Civil Liberties & the Rule of Law is deeply dismayed concerning brazen falsehood being spread by the Presidency of Muhammadu Buhari and its procured agents, saying that Citizen Nnamdi Kanu was recently released and rearrested for charges of treasonable felony and four other lesser charges. We are not surprised at such falsehood and its originators; the Buhari’s administration, particularly owing to the fact that the foundation of the administration is laid on incurable falsehood and propaganda.

The truth is that Citizen Nnamdi Kanu had never been released on bail or unconditionally from the DSS custody since his arrest on 14th October 2015 till date. He had also never been rearrested since then. While Citizen Sambo Dasuki; recklessly accused of committing multiple offenses, was released on bail twice and rearrested twice including being placed under house arrest; Citizen Nnamdi Kanu was treated in harsher manner, by being detained for eighty (80) days without a single day of breath of freedom till date. This clarification is extremely important so as to disabuse the minds of all Nigerians and members of the international community targeted for contamination by the Presidency of Muhammadu Buhari and its hired agents who are desperately looking for escape routes, excuses or justifications over their abominable policy of judicial mockery, subjugation and suppression; which President Buhari recently and openly lent credence to.

For the avoidance of doubt and purpose of putting the records straight, Citizen Nnamdi Kanu has been unconstitutionally held without constitutional trial by DSS for eighty (80) days having been arrested and detained since 14th October 2015. By convention and common sense, when a suspect is arrested and detained for five days (i.e. Citizen Nnamdi Kanu) and charged to court by his or her detaining authority while still in its captivity; only for charges against him or her to be withdrawn with him or her remained in captivity and refused conditional or unconditional release; such suspect has not been charged and tried by any court. In other words, there is no difference between the suspect and another citizen arrested and detained by the State for eighty (80) days without trial.

Also upon pronouncement by the Abuja Division of the Federal High Court on 17th December 2015, for unconditional release of Citizen Nnamdi Kanu and striking out/vacation of the DSS’s spurious detention order, the DSS never obeyed the order by releasing him, not even for an hour, till date. Citizen Kanu’s lawyers and relatives were kept stranded for two days by the DSS, which claimed that “its DG who will sign his final release documents was not around”. It is from the same captivity of the DSS that intention to slam fresh charges including phantom treasonable felony against him was made public by the DSS. The last court appearance of Citizen Nnamdi Kanu was on 23rd December 2015; and he appeared under the shackles of the DSS. Our questions are: when was Citizen Nnamdi Kanu was released and where and to who was he released to? When and where was he rearrested?

As we speak, Citizen Nnamdi Kanu, till date, has no criminal charges pending against him in any court of superior or lesser records in Nigeria. In law, an indication to prefer criminal charges against any citizen does not in any way mean that he or she has been judicially charged and tried. Also judicial charges are not charges until the accused or suspect enters plea; either by admitting guilty as charged or not admitting guilty as charged. This is more so when the accused or suspect is physically present when such criminal charges are being read. In all these, Citizen Nnamdi Kanu is still a victim of unconstitutional, unlawful and illegal detention of DSS till date.

In the summation of Section 35 (4) (a) of the 1999 Constitution, Citizen Nnamdi Kanu ought to have been judicially freed and cleared of all permutated and “panel-beated” charges; considering the fact that the said Constitutional provision forbids detention of a citizen suspected to have committed a capital offense above two months without being released on bail. Sections 293, 294 and 296 of the Administration of Criminal Justice Act of 2015 also forbid more than 28 days detention without trial of any citizen accused of committing any criminal offense in Nigeria.

Our sharp attention is also drawn to recent false comments by agents of the Buhari’s lawless government within the legal and other social bodies in Nigeria, to the effect that the Federal Government of Buhari can re-arrest any accused citizen as many times as it wishes provided it has “facts” linking the accused to commission of crimes other than those he or she is already being tried. This is not only fallacious, reckless and anarchic, but also a clear case of stampeding and stressing the judiciary and overheating the polity. It is extremely important again to state that the engine house of diligent prosecution, fair trial, conviction and sentencing or acquittal; is effective criminal investigation; which in turn, is transformed into convictable prosecutorial information. Prosecutorial information is purified facts generated from investigative facts; which in turn, are generated from raw data. Planting a gun in an enemy’s house, for instance, is a “fact” and it is only through effective or competent criminal investigation that its planter and owner as well as his intents can be revealed; warranting its judicial use as prosecutorial information or otherwise.

It, therefore, saddens our heart that those who ought to know the law have chosen to further lead President Muhammadu Buhari and his lawless government to astray. For the avoidance of doubt, criminal prosecution processes and procedures in Nigeria do not encourage abusive and reckless “citizen re-arrest” culture; rather, they encourage the practice of amendment of charges; either for purpose of addition or expansion, or for purpose of subtraction or withdrawal or discontinuation; which explains why the DSS was judicially allowed by the Wuse Zone 2 Magistrate Court to withdraw and discontinue its charges against Citizen Nnamdi Kanu. The main idea behind these is for purpose of ensuring effective criminal investigation and diligent prosecution. Section 174 of the 1999 Constitution also empowers the Attorney General of the Federation to institute, undertake, take over, continue or discontinue criminal proceedings against any citizen in any court in Nigeria.

Running riot on citizens with handcuffs in the guise of re-arrest on suspicion of commission of other offenses is the greatest failure of criminal justice investigators and prosecutors in Nigeria; which is why out of every five criminal cases rarely filed in court in Nigeria, four are struck out for lack of diligent prosecution and poor criminal investigation.

This is also worsened by trial by media or on the pages of newspaper. There must be a limit to number of crimes or offenses leveled by the State against a citizen, particularly citizens already in custody facing trial for certain alleged offenses. The present ordeals of the duo of Citizens Sambo Dasuki and Nnamdi Kanu are a clear case in point. Besides, the concept of “arrest and detain before investigation” is archaic and out-fashioned. What is in vogue is “in-investigation arrest or investigation before arrest” concept; particularly in offenses involving fraud related cases. Investigations and prosecutions under the Nuhu Ribadu’s EFCC era are a clear case in point.

It is riotous and an act of brigandage on the part of the DSS and the Buhari administration to empty its criminal code and other criminal offenses’ enactments and level all felonious offenses against some citizens using their abusive power of arrest and investigation; for the purpose of keeping them perpetually in custody. We shall not be surprised if Citizens Nnamdi Kanu, Sambo Dasuki and Ibrahim El-Zakzaky are accused in coming months of “committing offenses of treason, treachery, sedition (repealed by case-law), murder, manslaughter, attempted murder, arson, burglary, housebreaking, armed robbery, abduction, rape, attempted rape, assault occasioning grievous bodily harm, vandalism, etc”.

On a similar note, we totally align ourselves with a firm stance of the Human Rights Writers Association of Nigeria (HURIWA) concerning the morally abominable stance of Revered Father Ejike Mbaka on sad and sore socio-political events in the country; particularly his latest phantom revelation of attempt to assassinate President Muhaamadu Buhari. We are deeply worried and concerned over the political implications of such un-heavenly message; considering the newest tricks by the loyalists of President Buhari, who go about massacring innocent citizens under the pretext of “attempted assassination”. Reverend Father Mbaka, may most likely have emboldened and licensed the butchers to further massacre hundreds, if not thousands of innocent citizens in coming months, if not weeks; hiding under the foul or phantom excuses of “assassination attempts”.

Apart from Father Mbaka’s naivety and social primitivism with Nigeria’s socio-political realities; there is also a strong link between his questionable spiritual revelations and huge reliance on rumour mongering or unverifiable and unscientific third party falsehoods; upon which most of his questionable spiritual revelations emanate. One of the cases in point was the rumor of “Ohakim’s beating of a Reverend Father in Imo State”, which Father Mbaka adopted holistically in one of his public messages without any verifiable investigation. Other than theology and philosophy, which mandatorily qualified Father Mbaka as a reverend father, it is factually correct to observe that Father Mbaka is not socially exposed and versatile; yet he disappointedly delves into political matters with little or no knowledge of common political, economic, social, cultural and geopolitical statistics of Nigeria. In other words, he is socially and politically naive.

Storming the Aso Rock Villa without consultation and approval of his bishops and the CBCN is the height of disloyalty and disobedience in the highly dogmatized and hierarchical Catholic Church; for no matter how influential and powerful a reverend father is, he must not rise above his monsignor, not to talk of his bishop. It is our added voice that it is about time Reverend Father Ejike Mbaka was called to order and made to retrace his drowning steps.