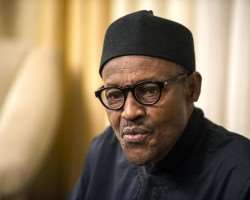 Another prophet has predicted plots against both President Muhammadu Buhari and Senate President Bukola Saraki.

Abuja-based pas­tor, Prophet Joshua Iginla of Champions Royal Assembly, Abuja, has  in his new year prophecies also called on Nigerians to pray for a former president whom he claimed to have seen “packing his bag and leaving us.”

The prediction of the plot against Buhari and Saraki came the same with that of Enugu Catholic cleric, Rev. Father Ejike Mbaka, who also predicted a plt against Buhari in the course of 2016, by people who want to scuttle his fight against corruption.

The man of God predicted that the agitation for Biafran nation would take a stronger dimension and called on the government to handle the issue with wisdom.

Below are his prophecies for the year:
NIGERIA

The policy of the regulatory body will be too much for her and it will fold up.

I see a former minister who held a sensitive position struggling for survival. We should pray for her because her candle light is almost off. It will take a miracle for her to survive. While she is battling corruption battle, I see the owner of her life knocking the door of her soul.

Take good care of yourself and spend more time to watch your enemies that are around you than those afar. That's the message for the president. There are Judases around him and are ready to finish their assignments. Watch your house because the enemy is too close than he thinks.

I see America accusing Russia over the use of a particular weapon. In the midst of all these, Russia will wax stronger.