Olamide apologises to fans over Headies outburst with Don Jazzy 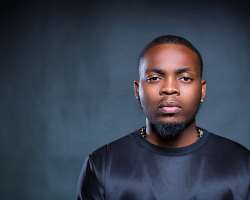 YBNL frontman, Olamide Adedeji, has apologised over his outburst at the just concluded Headies awards 2015.

'I want to apologise to my fans for my conduct, including swearing on Live TV, at the Headies event some hours ago. I recognise that you all are the most important part of my work and my journey so far, and I would not have come this far without you. Therefore, you deserve better from me. I promised to conduct myself in a more respectable manner in future,' he posted on social media platforms.

Recalled that Olamide blasted the organisers of the awards for not recognising his protege, Lil Kesh as the Next Rated Artiste. The category was won by Reekado Banks of Don Jazzy's Mavins.

'Lil Kesh is our own Next Rated artist. F**k that sh*t! The streets ti take over. Every f**king single was a hit back to back. From lyrically, to Shoki to Efejoku. Ko ni dafun Iya anybody,' Olamide said when he climbed the stage with his whole YBNL team, during the presentation of  the award for Best Alternative act, won by his artist Adekunle Gold for the song, Shade.

After Olamide's diatribe, Don Jazzy won Special Recognition Awards and while on stage to receive his award, he reacted to Olamide's rant. He said 'Egbon Olamide, if you want the car, come and take it.' (Next Rated win comes with a car).

Afterward, Olamide went nuts and came for Don Jazzy on Twitter. In a number of twitter rants, Olamide declared war on Don Jazzy and ripped him to pieces not only on his person but also on the way he treats artistes signed under him. Vanguard