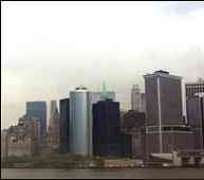 The International Monetary Fund (IMF) has cut its estimate of the total cost of the global financial crisis to $2.3 trillion (£1.5 trillion).

The new estimate represents an 18% cut on the IMF's previous calculation of $2.8 trillion.

In a separate report, the IMF also said that government debt now posed the biggest threat to the financial system, which remains “fragile”.

Otherwise markets and the economy were “slowly regaining their health”.