Traces of corruption in Buhari's 2016 budget? 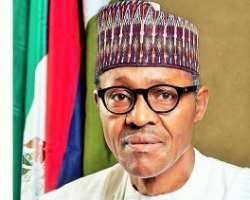 Buhari: Transformation from 'satan' to 'saint'
“If you tell a lie big enough and keep repeating it, people will eventually come to believe it. The lie can be maintained only for such time as the State can shield the people from the political, economic and/or military consequences of the lie. It thus becomes vitally important for the State to use all of its powers to repress dissent, for the truth is the mortal enemy of the lie, and thus by extension, the truth is the greatest enemy of the State.” Joseph Goebbels.

“Make the lie big, make it simple, keep saying it, and eventually they will believe it.” Adolf Hitler.

President Muhammadu Buhari promised 'Change' in the days and months leading to the last presidential elections. For a country in comatose, stagnated in misery and miasma, 'Change' was the sing song. At a point in the journey to the presidential elections, Buhari, to and for Nigeria, became much more than the promise of 'Change'. He became the 'Change' that the majority of Nigerians were seeking.

Thanks to the hitherto unprecedented propaganda in the history of Nigeria. It was a dexterous devilish manipulation of information that turned Muhammadu Buhari from the Satan that Nigerians have rejected at the polls for the previous 16 years into a Saint all of a sudden. He became the messiah. He became the savior. Hope rose to high heavens. Excitement was enormously generated. The enthusiasm was pervasive. It was all encompassing. Buhari was everybody's man. Everyone was Buhari's man. And woman!

The lies about Buhari were very big but were kept very simple in deference to the gospel according to Adolf Hitler. His party and handlers kept saying those lies repeatedly and consistently. Eventually, Nigerians believed the lies hook, line and sinker. In the face of historical facts to the contrary, Buhari became a man of integrity! Buhari became a man of competence! Buhari became incorruptible!

After sixteen years of trial, Buhari became the president of Nigeria. Contesting for an office for sixteen years consecutively would have meant an adequate preparation and deep grasp of the issues involved. The advantage of ruling the same country once before the second coming was also expected to be helpful. He was expected to know exactly what to do. Buhari was supposed to be the man with a plan; the man with the solution; the savior to salvage and save; the messiah to mesmerize, untie the shackles and set Nigeria free on the path to freedom and realization of its potentials.

Some of us believe that Buhari is and has always been incompetent. In addition to his incompetence, he is also corrupt as facts of history have attested to. Not just by his actions, but by his utterances that are well documented for and by history. But on this second coming, the day he began to deny himself and what he promised Nigerians during his campaign, it was crystal clear that he had no plans for Nigeria. It was clear he had no solutions. It was clear that he is more of the same. At that time, there was no new proof. But now he has provided a brand new proof to Nigerians and for the world to behold. And that proof is his Budget for the year 2016!

We should let 2016 budget's figures speak for themselves. The figures

In an administration fighting against corruption, that is in need of diversification President Buhari has presented a иudget that would appropriate N29.7 billion to his Ministry of Agriculture in comparison to N115 billion to a “do nothing” National Assembly. Even when you add the planned appropriation for the Universal Basic Education (N77.1 billion) together with the Ministry of Agriculture (N29.1billion), the National Assembly still gulps about N15 billion more than them. What a priority!

Nigeria is in need of security no doubt. But this ought not be an excuse for irresponsible spending and uncalled for duplication. President Buhari budgeted N294.5 billion for the Ministry of Defense. The Ministry of Interior also have a lot to do with the security of the country and has a budget of N145.2 billion. We also have the Nigerian Police Formation and Command budget at N283.09 billion. Then there is tucked somewhere in the budget something called Operation Lafiya Dole to cost Nigerian taxpayers N10 billion. “Lafiya Dole” is a Hausa language expression that means “Compulsory Peace” or “Peace by Force.” If you add up the four, it gives you N732.79 billion.

With over N732.79 billion to these all important ministries and department that deal with our security, can President Buhari explain to Nigerians what his national security adviser (NSA) would be doing with additional N57.7 billion? This NSA's allocation is an amount that is higher than the funds allocated to the Ministries of Transportation, Water Resources, Works, Power and Housing put together! Haba!

President Buhari promised to create employment for the suffering Nigerian youths. But he only budgeted only N7.8 billion for the Ministry of Labour and Employment. He also budgeted N9.5 billion for the Ministry of Mines and Steel Development, a sector that could easily generate high employment if properly funded and managed. Science and Technology Ministry received only N25.8 billion. Also remember that the Ministries of Transportation and Water Resources received N13.7 billion and N7.2 billion respectively.

The immediate paragraph above contains five of the most important Ministries that could have positive impact on the people if any government is serious at all. Their total expenditure is N64 billion. This is less than what President Buhari, the man who promised us CHANGE, allocated to his Minister of Special Duties N72.8 billion! Pray, what are the Special Duties to be done that they should cost so much? Then add N45.3 billion allocated to the Office of the Secretary to the Federal Government and Office of the Head of Service, N6.4 billion. What further evidence of misapplication of funds that consolidates corruption do we need than all these?

But wait a minute! President Buhari has allocated to the Federal Character Commission N2.09 billion! For goodness' sake, what do they do in that Commission that would cost the Nigerian Tax Payers this much just in One Year? Then there is what is called Outsourced Services that would cost N5 billion and Presidential Amnesty Program which would also cost N20 billion. Who are the targets of this Amnesty Program? Is it Boko Haram Terrorists, or Niger Delta Militants? Or who?

It is perfidious on the part of President Buhari and a betrayal of Nigeria's future to budget only N29.7 billion for Min of Agriculture, N 7.8 billion for Labour & Employment and N10.5 billion to Industry, Trade and Investment which all put together would be less than the 57.7 billion allocated to his National Security Adviser outside the over N732 billion already allocated to different facets for security purposes. This is wastage, it is corruption and it is mismanagement.

Why did President Buhari budget N45 billion for the INEC in a year when there is no national elections? What is this money for? Is this money just for salaries or other assignments? If this amount is for assignments, what is the nature of those assignments? Nigerians deserve answers to these questions.

Buhari was expected to have prudence as his watchword. But the opposite is what we are witnessing. Otherwise, how could President Buhari justify the proposed spending of N400 million on a weekend symposium? Yes, the 35th Annual General Meeting and Symposium of Shelter Afrique slated for June 2016! How can an administration that is yelling against wastage and corruption approve such amount of money for a two-day affair?

It is interesting to know that N2.3 billion would be showered on all former heads of state, presidents and their deputies just within one year alone. This is upon the mismanagement and tragedy they have all visited on this country. However, more interesting is the N19.9 billion budget that President Buhari and his coteries in the presidency would spend in the coming year. Now, the most scandalous part

A commentator on social media wrote: “N1.75 billion for President Muhammadu Buhari's feeding in 2016 is a direct attack on collective commonsense of Nigeria and a stark contrast to his promised Change. Is it not fraud for Buhari to deceive Nigeria by publicly drinking N10 Milo sachet (tea) during the Presidential election campaign?

“Even if Buhari is feeding Sharks, Whales and Buffaloes in Aso Rock, N1.75billion is too much for one man, when millions of Nigerians are finding it difficult to feed even once a day.

“Former president Goodluck Jonathan was almost roasted for budgeting N1 billion in 2011 and reducing it even to N717.3 million in 2013, N542 million in 2014 and N530 million in 2015, but the Nigerians are silent on these reckless squandering by Buhari.”

Lies and propaganda can suffice, but only for a while. The truths always catch up, no matter how long it takes. All the lies that were used to deceive the unwary in the days and months leading to the 2015 presidential elections when we were clamouring for a credible alternative to both the “clueless” Goodluck Jonathan and the “hapless” Muhammadu Buhari are now exposing themselves.

But time is already telling on those lies. And Nigerians are witnesses to the infancy of the miseries and hardships that are about to unfold!

“In the long history of the world, only a few generations have been granted the role of defending freedom in its hour of maximum danger. I do not shrink from this responsibility – I welcome it,” John F. Kennedy said in his inaugural address on January 20, 1961.

Remi Oyeyemi is a journalist, poet, writer, public analyst and social commentator. He can be contacted via his Twitter @OyeyemiRemi .