We Need To Save Akwa-ibom From The Hawks 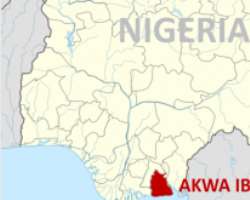 Since the conclusion of the March 28 presidential election, things have not been the same in Nigeria. We have witnessed various anomalies ranging from impunity to gangsterism and brigandage of all sorts.. We are back at the point described by George Orwell in his wonderful novel, Nineteen Eighty Four, where FREEDOM becomes SLAVERY, IGNORANCE becomes STRENGTH and WAR becomes synonymous with PEACE. This is the regime that has since taken over. As a result of their desperation to colonise, conquer (a military term) and hence, dominate, the hawks have left no stone unturned. For watchers of events in Akwa Ibom knows that Governor Udom Emmanuel is the people's choice in the April 14 Governorship election!

One of the goals the hawks intend to achieve is to set Akwa-Ibom state, a major oil producing state in Nigeria, ablaze. They intend to treat the state like a conquered people, in charge of that “sector command”. We need not be fooled; our people are not that gullible. The recent judgement from the Court of Appeal simply confirms my earlier position that the judiciary under the government of the All Progressives Congress (APC) is infected and brutally compromised.

Let us take a look at the so-called judgement and come out with the several laughable logical fallacies on which it was based. First, let us ask: Why would the election tribunal be forced to relocate to Abuja, and not remain in Uyo? Is that part of the plan to doctor every word in the judgement? Is it to intimidate the judges into submission or to financially induce them to do the bidding of some powerful Abuja politicians?

Still on the relocation of the tribunal, it is public knowledge that a well-known APC national leader greased the hands of some shallow and hungry judges with some staggering amounts of naira just for them to declare the sole administrator the winner of the election. Where is the last hope of the common man in the judiciary? Can't we just do things with decency in this country?

Again, the Court of Appeal based its decisions on an earlier judgement given by the highly compromised tribunal. The strength of the judgement was on the (non)use of the Electronic Card Readers (ECR) in the election. As laughable as this sounds, let us attempt to educate the empty headed “Judges” who issued the disgraceful judgement.

First, nowhere in the Electoral Act, was there any mention of ECR or the compulsory use of the Permanent Voter Cards in any election. A vote is technically defined as someone who is duly registered by the Independent national Electoral Commission (INEC). Like it is often said by lawyers, you cannot build something on nothing and expect it to stand. This is one judgement that will not stand any serious judicial scrutiny.

Let us even concede for the sake of argument that a rerun will be conducted within 90 days, is the garrison commander expecting to win any free and fair electoral contest? Having stayed in Uyo for over three years, I can authoritatively say that Udom Emmanuel will win every election against Umana.

To start with, the APC is not a popular party in the state. The party can only boast of expired politicians, “used and dumped” formerly of the Peoples Democratic Party (PDP). Apart from their family members, no one takes them seriously. In 2011, the Action Congress of Nigeria (ACN) presented Akpan Udoedehe; even though he was then the Minister of State for the Federal Capital Territory, he lost miserably to the then incumbent Governor Akpabio.

Secondly, the PDP is a native Ibibio party, loved by Orons and other ethic nationalities in the state. In one of my tours of that state, several villages I visited had local chapters of PDP, but I struggled to find offices of any other party, even the much publicised, APC. This only confirms to me the level of organisation of the state's ruling party.

Another thing that will work for Governor Udom is the unity in his party, PDP. Just recently, the immediate past governor, Godswill Akpabio, visited Governor Udom and showered him with words of encouragement in a well-attended event witnessed by political heavy-weights in the state.

Switch to the shambled and scanty opposition. They are disorganised, disoriented, and for want of more suitable words, moribund; with no recognisable rallying point, no memory, and no history as far as the state is concerned. Their administration at the centre is not even inspiring to endear them to the hearts of the locals. These are the marked distinctions between APC and PDP.

If the election is to be conducted today, I foresee no match for Governor Udom Emmanuel. The Bible says: “By their fruits we shall know them”. For Governor Udom, his work speaks for him. The only thing the hawks rely on is other people's work; they have no work of their own. May God save our dear Akwa Ibom from the stranglehold of the hawks!

Written by Bade Adebolu, an Accountant based in Ado-Ekiti, Ekiti state. [email protected]