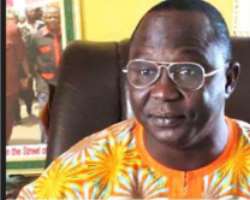 BEVERLY HILLS, December 31, (THEWILL) – Workers, coming under the auspices of the Nigeria Labour Congress (NLC) yesterday vowed to mobilise for immediate reduction in the cost of governance at all levels under the current democratic dispensation.

NLC president, Ayuba Wabba, in his new year message made available to THEWILL, referred to the '2009 Revenue Mobilisation and Fiscal Commission (RMAFC) figures,' which showed that the salaries and allowances of “certain political and judicial office holders,” totalling under 18,000 persons earn an astonishing N1.126 trillion annually.

The outrage is coming on the heels of recent report over moves by the Senate to purchase Land Cruiser vehicles worth N4.7 billion, while the House of Representatives is keeping its plan to chest.

THEWILL investigation however showed that the members of the House of Representatives might be heading for frosty relationship over the plan to impose Peugeot 508 on them instead of their preferred Camry Toyota worth N12 million each.

Worried by the hard stance of the federal legislators despite the July 2015 engagement with Senate president, Bukola Saraki, by the organised labour, where they called for greater transparency in the budgeting and determination of allowances of members of the National Assembly, Wabba argued that business in the National Assembly, as well as other tiers of government, was continuing as usual with the political elite not willing to make any sacrifices that would impact on their current comfort zone.

“It is shocking that our lawmakers at the national level – Senators and Members of the House of Representatives – would continue with the bizarrely ostentatious standards they have set for themselves, for spending our collective patrimony.

“The planned purchase of 496 exotic cars costing several billions of naira, after getting car allowances, is not only outrageous but a mark of the manifest insensitivity of our legislators in the period of severe famine in the land.

“How can we, poor working people, millions of the unemployed and the poor masses, be expected to tighten our belts, while those supposedly elected by us to manage and provide succour for our collective wellbeing intend to live like emperors at a time that our economy is facing serious challenges?

Wabba, who decried the level of impunity of state governors in the misappropriation of 'security votes,' further alleged, “massive amount of money is also being squandered in the name of security vote. A typical case in point can readily be found in Bauchi State.

“It is public knowledge that in eight years, the Governor Yuguda administration of the state, for instance, squandered N91 billion in the name of security vote. It is also public knowledge that the entire members of a State House of Assembly in our current economically despondent situation still find it inoffensive to travel out of the country to engage in legislative tourism.”

To this end, the NLC chief threatened that the Congress will in the new year, engaged relevant stakeholders with the view to “trim down the excessive wasteful spending going on in our public life.

“We will use the Freedom of Information Act to force into public domain how much, for example, our governors have spent chartering private jets and helicopters; how much is spent annually on long motorcades of governors, and the security votes of states, among others,” he pledged.