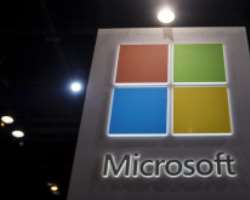 Microsoft Corp experts concluded several years ago that Chinese authorities had hacked into more than a thousand Hotmail email accounts, targeting international leaders of China's Tibetan and Uighur minorities in particular – but it decided not to tell the victims, allowing the hackers to continue their campaign, according to former employees of the company.

On Wednesday, after a series of requests for comment from Reuters, Microsoft said it would change its policy and in future tell its email customers when it suspects there has been a government hacking attempt.

The company also confirmed for the first time that it had not called, emailed or otherwise told the Hotmail users that their electronic correspondence had been collected. The company declined to say what role the exposure of the Hotmail campaign played in its decision to make the policy shift.

The first public signal of the attacks came in May 2011, though no direct link was immediately made with the Chinese authorities. That’s when security firm Trend Micro Inc announced it had found an email sent to someone in Taiwan that contained a miniature computer program.

The program took advantage of a previously undetected flaw in Microsoft’s own web pages to direct Hotmail and other free Microsoft email services to secretly forward copies of all of a recipient’s incoming mail to an account controlled by the attacker.

Trend Micro found more than a thousand victims, and Microsoft patched the vulnerability before the security company announced its findings publicly.

Microsoft also launched its own investigation that year, finding that some interception had begun in July 2009 and had compromised the emails of top Uighur and Tibetan leaders in multiple countries, as well as Japanese and African diplomats, human rights lawyers and others in sensitive positions inside China, two former Microsoft employees said. They spoke separately and on the condition that they not be identified.

Some of the attacks had come from a Chinese network known as AS4808, which has been associated with major spying campaigns, including a 2011 attack on EMC Corp’s security division RSA that U.S. intelligence officials publicly attributed to China.

To see the report click here
Microsoft officials did not dispute that most of the attacks came from China, but said some came from elsewhere. They did not give further detail.

“We weighed several factors in responding to this incident, including the fact that neither Microsoft nor the U.S. government were able to identify the source of the attacks, which did not come from any single country,” the company said.

“We also considered the potential impact on any subsequent investigation and ongoing measures we were taking to prevent potential future attacks.”

In announcing the new policy, Microsoft said: “As the threat landscape has evolved our approach has too, and we’ll now go beyond notification and guidance to specify if we reasonably believe the attacker is `state-sponsored.'”

The Chinese government “is a resolute defender of cyber security and strongly opposes any forms of cyberattacks”, Chinese Foreign Ministry spokesman Lu Kang said, adding that it punishes any offenders in accordance with the law.

“I must say that if the relevant party has some real and conclusive evidence, then it can carry out mutually beneficial cooperation with China in a constructive way in accordance with the existing channels,” Lu said at a daily news briefing.

“But if there’s the frequent spreading of unfounded rumors, it will, in fact, be of no benefit to solving the problem, enhancing mutual trust and promoting cybersecurity.”

The Cyberspace Administration of China did not respond to a request for comment.

INTERNAL DEBATE
After a vigorous internal debate in 2011 that reached Microsoft’s top security official, Scott Charney, and its then-general counsel and now president, Brad Smith, the company decided not to alert the users clearly that anything was amiss, the former employees said. Instead, it simply forced users to pick new passwords without disclosing the reason.

The employees said it was likely the hackers by then had footholds in some of the victims’ machines and therefore saw those new passwords being entered.

One of the reasons Microsoft executives gave internally in 2011 for not issuing explicit warnings was their fear of angering the Chinese government, two people familiar with the discussions said.

Microsoft’s statement did not address the specific positions advocated by Smith and Charney. A person familiar with the executives’ thinking said that fear of Chinese reprisals did play a role given the company’s concerns about the potential impact on customers.

Microsoft said the company had believed the password resets would be the fastest way to restore security to the accounts.

“Our primary concern was ensuring that our customers quickly took practical steps to secure their accounts, including by forcing a password reset,” the statement said.

It is unclear what happened to the email users and their correspondents as a result of Microsoft’s failure to alert them to the suspected government hacking. But some of those affected said they were now deeply worried about the risks, especially for those inside China.

“The Internet service providers and the email providers have an ethical and a moral responsibility to let the users know that they are being hacked,” said Seyit Tumturk, vice president of the World Uyghur Congress, whose account was among those compromised. “We are talking in people’s lives here.”

HUNDREDS OF LIVES
Unrest in Xinjiang, the Chinese region bordering Kazakhstan that is home to many Uighurs, has cost hundreds of lives in recent years. Beijing blames Islamist militants, while human rights groups say harsh controls on the religion and culture of the Uighurs have led to the violence.

Until Wednesday, Microsoft had rejected the idea of explicit warnings about state-sponsored hacking, such as those Google Inc began in 2012, the former employees said. In the 2011 case, the company also opted not to send a more generic warning about hacking. Yahoo Inc and Facebook Inc have been issuing such warnings for several years, former employees of those companies told Reuters, including when the principal suspect was a government.

oth companies, along with Twitter Inc, announced in recent months that they would follow Google’s lead and explicitly notify users about suspected state-sponsored hacking.

Google said on average it now issues tens of thousands of warnings about targeting every few months, and that recipients often move to improve their security with two-factor authentication and other steps.

Reuters interviewed five of the Hotmail hacking victims that were identified as part of Microsoft’s investigation: two Uighur leaders, a senior Tibetan figure and two people in the media dealing with matters of interest to Chinese officials.

Most recalled the password resets, but none took the procedure as an indication that anyone had read his or her email, let alone that it may have been accessed by the Chinese government.

“I thought it was normal, everybody gets it,” said one of the men, a Uighur émigré now living in Europe who asked not to be named because he left family behind in China.

Another victim identified by Microsoft’s internal team was Tseten Norbu of Nepal, a former president of the Tibetan Youth Congress, one of the more outspoken members of a community that has frequently clashed with Chinese officials. Another Microsoft-identified victim was Tumturk, the World Uyghur Congress vice president who lives in Turkey.

Microsoft investigators also saw that emails had been forwarded from the account of Peter Hickman, a former American diplomatic officer who arranged high-profile speeches by international figures at the National Press Club in Washington for many years.

Hickman said he used his Hotmail account on Press Club computers to correspond with people, including the staff for the Tibetan government in exile, whose leader Lobsang Sangay spoke at the club in 2011; Tumturk’s World Uyghur Congress, whose then-president Rebiya Kadeer spoke in 2009; and the president of Taiwan, who spoke by video link-up in 2007.

Hickman said he didn’t recall the password reset. He said he never suspected anything was wrong with the account, which he continues to use.