By NATIONAL COALITION FOR GOOD GOVERNANCE IN NIGERIA (NCGG) 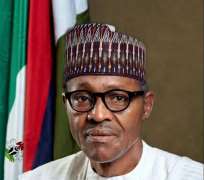 Buhari has not only contravened more than 80% of his campaign promises but he has refused to implement the promises that formed the basis for his election as President. In civilized climes, Buhari should have resigned without any public outcry or bear the burden of popular uprising. Sycophants, pretending and sectional-minded people cannot provide leadership let alone good governance.

Instead of creating jobs, he is creating an environment that will make corporations to downsize. He has promised to sack 2,000 University lecturers in January 2016. The Banks are likely to lose 30,000 workers. He is corrupt and incapable of fighting corruption. Buhari has not found the Chibok Girls. Boko Haram has intensified and now the Shi’ite and Suni Muslims are slaughtering themselves.

Buhari has not fulfilled the N5k promised unemployed youths, he has not provided the free meal he promised. Buhari promised to create720, 000 jobs by the 36 states in the federation yearly (20,000 per state). This may never happen even if we give Buhari 50 years to rule Nigeria.

Buhari placed a ban on all government officials from seeking medical care abroad but he is now taking treatment abroad. How can Nigerians trust such a man?

He promised to create 3million jobs per year but what we see every day is retrenchment of workers. Buhari said he would vehemently fight corruption but from our findings two things are revealed. Firstly, he has only prosecuted and persecuted people from the Niger Delta. Secondly, he has refused to prosecute high profile corruption cases such as the Halliburton scandal. Buhari is also embroiled in Dasukigate hence he is now going for a plea bargain. This hypocrisy must stop.

President Buhari promised a permanent peace in the Niger Delta and other conflict prone areas such as Plateau, Taraba, Bauchi, Borno and Abia but the same administration is stoking the fires of violence, embarking on policies that are decisive; programmes that are repugnant to equity, and the principles of natural justice. President Buhari has not demonstrated an ounce of quality to unite Nigeria. He suppresses every dissenting opinion with utmost brutality and without regard to the rule of law. He is an agent of disintegration and Nigerian intelligentsia know this. The corporate existence of Nigeria cannot be compromised.

Buhari promised not to Islamize Nigeria but there are loud accusations from Muslim clerics that Buhari has links with daesh. Recently, he is making efforts to ensure that Nigeria joins the alliance of Islamic countries to fight Isis in Jordan, Iraq, Iran and Yemen. We regard this as the veritable first step to Islamize Nigeria except Buhari can prove otherwise. Buhari’s seven months rule has brought Nigeria’s economy to an all-time low and it is plummeting further on a slippery slope.

4. Implementation of the National Gender Policy, including 35% of appointive positions for women

5. Revival of Ajaokuta steel company
6. Generation, transmission and distribution of at least 20,000 MW of electricity within four years and increasing to 50,000 MW with a view to achieving 24/7 uninterrupted power supply within 10 years.

7. Empowerment scheme to employ 740,000 graduates across the 36 states and the Federal Capital Territory.

8. Establishment of a free-tuition and scholarship scheme for pupils who have shown exceptional aptitude in science subjects at O/Levels to study ICT-related courses.

10. Three million Jobs per year
11. To embark on vocational training, entrepreneurial and skills acquisition schemes for graduates along with the creation of a Small Business Loan Guarantee Scheme to create at least 5 million new jobs by 2019.

12. Churches and Mosques would not pay taxes under national laws, but if they engage in businesses, the businesses would pay tax.

13. Provision of allowances to the discharged but unemployed Youth Corps members for Twelve (12) months while in the skills and entrepreneurial development programme.

14. Making the economy one of the fastest- growing emerging economies in the world with a real GDP growth averaging 10% annually.

15. Creation of a Social Welfare Programme of at least five thousand naira (N5000) that will cater for the 25 million poorest and most vulnerable citizens upon the demonstration of children’s enrollment in school and evidence of immunisation to help promote family stability

16. Recruitment and training of at least 100,000 officers into the Nigerian police force and establish a Federal Anti-terrorism Agency.

17. One free meal (to include fruits) daily, for public primary school pupils

18. Building an airport in Ekiti State
19. Eradication of state of origin, replacing that with state of residence to ensure Nigerians are Nigerians first before anything else.

21. Working with the National Assembly towards the immediate enactment of a Whistle Blower Act

22. Economic stability for the ECOWAS nations and maintaining a strong, close and frank relationship with West Africa, South Africa, UK, USA, Canada, and other African countries

23. Establishing a conflict resolution commission to help prevent, mitigate and resolve civil conflicts within the polity.

24. All political office holders earn only the salaries and emoluments determined and approved by the Revenue Mobilisation and Fiscal Commission (RMFAC).

25. Permanent peace in the Niger Delta and other conflict prone areas such as Plateau, Taraba, Bauchi, Borno and Abia.

28. Preserving the independence of the Central Bank

30. Special incentives to facilitate the education of the girl child

31. Full implementation of the National Identification Scheme to generate the relevant

33. Balancing the economy across regions by the creation of six new Regional Economic Development Agencies (REDAs) to act as champions of sub-regional competitiveness

34. Putting in place a N300 billion regional growth fund (average of N50 billion in each geo-political region) to be managed by the REDAs.

35. Amending the Constitution and the Land Use Act to create freehold/leasehold interests in land along with matching grants for states to create a nationwide electronic land title register on a state by state basis.

36. Reviving and reactivating the minimally performing refineries to optimum capacity.

37. Creating additional middle-class of at least two million new home owners in the first year in government and one million annually thereafter.

38. Creating an additional middle class of at least four million new home owners by 2019 by enacting national mortgage single digit interest rates for purchase of owner occupier houses as well as reviewing the collateral qualification to make funding for home ownership easier, with 15 to 30 year mortgage

terms.
39. Enacting a national mortgage system that will lend at single digit interest rates for purchase of owner occupier houses.

jobs by way of loans at nominal interest rates for capital investment on medium and commercial scale cash crops.

41. You farm, government buys, guaranteeing a minimum price for selected crops and facilitate storage of agricultural products as and when necessary.

interest rates exclusively for this sector.
43. Construction of 3,000km of superhighway including service trunks.

45. At least one functioning airport is available in each of the 36 states.

46. Ending gas flaring and ensuring sales of at least half of gas produce, within Nigeria.

48. Establishing at least six new universities of science and technology with satellite campuses in various states.

49. Establishing six centres of excellence to address the needs of special education.

50. Prioritising the reduction of the infant mortality rate by 2019 to 3%.

51. Reducing maternal mortality by more than 70%.
52. Reducing HIV/AIDs infection rate by 50% and other infectious diseases by 75%.

55. Increasing national health expenditure per person per annum to about N50,000 (from

less than N10,000 currently).
56. Increasing the quality of all federal government-owned hospitals to world class standard within five years.

57. Ensuring timely payment of retirement benefits for all pensioned senior citizens and creating a poverty safety net for all aged citizens above the age of 65.

58. Amending the Constitution to require local governments to publish their meeting minutes,

service performance data, and items of spending over N10 million.

59. Requiring full disclosure in media outlets, of all government contracts over N100 million

prior to award and during implementation at regular interval.

60. Amending the Constitution to remove immunity from prosecution for elected officers in criminal case.

61. Initiating action to amend the Nigerian Constitution with a view to devolving powers, duties, and responsibilities to states in order to entrench true federalism and the federal

spirit.
62. Reforming and strengthening the justice system for efficient administration and dispensation of justice with the creation of special courts for accelerated hearing of corruption, drug trafficking, terrorism and similar cases of national importance.

occupies a place of pride in global sports and athletics.

64. Reviving the Nigerian football league and putting incentives in place to make it as competitive as other national leagues.

65. Putting in place measures to identify talents early and ensuring their participation in local and international games to enable them become professionals.

66. Assisting Nollywood to fully develop into world class movie industry that can compete effectively with Hollywood and Bollywood in due course.

67. Ensuring that the rights of women are protected as enshrined in our Constitution.

68. Guaranteeing that women are adequately represented in government appointments and

69. Promoting the concept of reserving a minimum number of seats in the National

71. Stabilizing the naira.
72. Targeting up to 20% of our annual budget for this critical sector whilst making substantial investments in training quality teachers at all levels of the educational system (some other APC policy documents had 15%).

73. Ensuring compliance with policies and measures to halt the pollution of rivers and waterways in the Niger Delta and other parts of the country.

74. Adopting a holistic approach to erosion and shoreline protection across the country.

75. ECOWAS currency by 2020 under Nigeria’s guidance and leadership.

76. Maintaining strong, close and frank relationships within the Gulf of Guinea, the Commonwealth, South Africa and the rest of the world.

77. Establishing a new special relationship with the leading emerging markets like Brazil,

Russia, India and China (BRIC) and other strategic partners around the world.

origins, remote and immediate causes of the movement, its sponsors, the international connections to ensure that measures are taken to prevent a recurrence of the evil.

80. Improving operational and legal mechanisms so that disciplinary steps are taken against proven human rights violations by the Armed Forces.