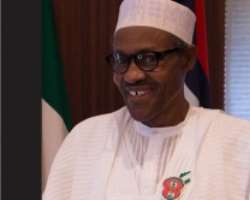 BEVERLY HILLS, December 31, (THEWILL) – Ijaw youth leader and APC chieftain, Chief Michael Johnny, has said that the President Muhammadu Buhari’s anti-corruption war was not targeted against the Ijaw nation contrary to insinuation in some quarters that it was a political vendetta against the Ijaws.

He spoke against the backdrop of accusations by some group, including the Ijaw Youth Congress (IYC), that the Buhari’s anti-corruption war is a selective and vindictive attack on political enemies.

Also immediate past Special Adviser to former President Goodluck Jonathan on Niger Delta affairs and the chairman of the presidential amnesty programme, Kingsley Kuku, as well as former Petroleum Minister, Diezani Alison-Madueke, are under investigation over allegations of fraud levelled against them.

Johnny said that it was unfair for some Ijaw leaders to label the anti-corruption war anti-Ijaw nation because their kinsmen are under investigation, saying that those trying to instigate the youths against the Federal Government are the true enemies of the nation who are encouraging corruption.

He said that any Ijaw found wanting in the current treasury looting scandal should be prepared to dance to the music and stop instigating youths into crisis, saying that no Ijaw youths was prepared to be used by selfish individuals.

Johnny however disassociated Okerenkoko community from the N13billion land scandal allegedly perpetrated by some Ijaw people under the last administration of which the EFCC is currently probing former militant leader, Tompolo.

He urged President Buhari not to allow some people to rob Okerenkoko of the only federal government project-Maritime University located in Gbaramatu Kingdom of Warri South-West LGA because of the alleged offence of a few persons who are still under investigation.

Johnny who spoke during a press conference in Warri on Wednesday also expressed optimism that President Buhari will do much better for the people of the Niger Delta region than his predecessor, Goodluck Jonathan.

He urged the youths to give the Buhari administration a chance and not to allow themselves to be used to foment trouble in the region, saying “They shouldn’t approach the Buhari government with violence, the time for gun battle is over, this is the time to join forces with the federal government to develop the region.”

Johnny urged the federal government to extend the deadline for the termination of the amnesty programme to accommodate all those yet to be trained despite the grievous allegation of fraud and misappropriation of fund which have characterised the programme.