Dickson Is A True Democrat 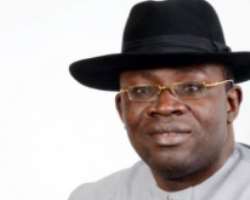 To know a true democrat, you should acquaint yourself with some of the characteristics that one must meet.

Let us take a look at some basic guiding principles that a leader must meet in order to be called a democrat.

Leaders of democratic governments govern with the consent of their citizens. Such leaders are powerful not because they command armies or economic wealth, but because they respect the limits placed on them by the electorate in a free and fair election.

Dickson like Dr Goodluck Ebele Jonathan believes in a free and fair election. If you look at the governorship election in the state, from the campaigns to the real election, Dickson displayed transparency by ensuring that everyone was given the opportunity to vote for the candidate of his/her choice.

• Through free elections, citizens of a democracy confer powers upon their leaders that are defined by law. In a constitutional democracy, power is divided so that the legislature makes the laws, the executive authority enforces and carries them out, and the judiciary operates independently.

This is another aspect that Dickson excelled. As you could note, during the December 5th governorship election in the state, he did not use the power of incumbency to deprive opponents to vote for their choice of candidate. As the results in the 7 Local government areas election show, there was healthy competition. That is a true mark of a true and dependable democrat.

• Democratic leaders are neither elected dictators nor “presidents-for-life.” They serve fixed terms in office and accept the results of free elections, even if it means losing control of the government.

In fact, to say the fact, Dickson is a rare breed of leaders that have emerged in our time. From day to day and from time to time, he has open doors to consult and interact with his subjects. This is often seen with the way he relate with the legislature and the judiciary. Dickson has had meetings with community leaders. Youths, women and even youths than any other governor has done. He is truly a democrat.

Thank God the people of Bayelsa state voted for him to complete a second term in office in order to consolidate the gains of modern democratic governance.

Come January 9th, the good and law-abiding people of Southern Ijaw will go to the polls and vote the countryman governor to complete a second term as the governor of the state.